Christian Isaiah net worth: Christian Isaiah is an American actor who has a net worth of $1.5 million. Christian Isaiah was born in Virginia Beach, Virginia in December 2007. From 2014 to 2015 he starred on the television series Reel Kids. Isaiah had a recurring role on the TV series Married in 2015. One of his best known roles has come starring as Liam on the series Shameless starting in 2017.

Christian Isaiah has also appeared in episodes of the TV series Jimmy Kimmel Live!, The Hit: Episode 5 King Is My Hero, Teachers, and Unsolved: The Murders of Tupac and the Notorious B.I.G. He has appeared in the movies Dead Women Walking and Induced Effect as well as in the shorts Ambivalent Hope: A Gun and a Prayer, Frolic 'N Mae, and Lemonade Mafia. Christian Isaiah was nominated for a Young Artist Award in 2016 for Best Performance in a Feature Film – Supporting Young Actor (13 and Under) for Ambivalent Hope: A Gun and a Prayer. 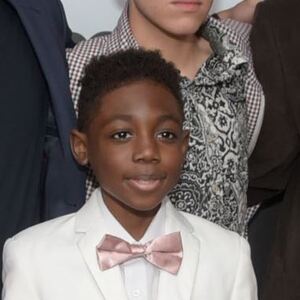