What is Chris Noth's Net Worth and Salary?

Chris Noth was born Christopher David Noth on November 13, 1954, in Madison, Wisconsin. His mother, Jeanne Parr, was a news reporter and host of a CBS talk show, and his father, Charles Noth, was an insurance agent, the vice president of a marketing company, and a World War II naval aviator. Chris grew up in Connecticut with older brothers Michael and Charles, and sadly, the boys lost their father in 1966 when he died in a tragic car accident. Noth's mother later remarried, and the family relocated to southern California in 1969, then moved to New York a few years later. Chris committed vandalism and smoked marijuana during his youth, and at age 15, he began taking LSD with his friends, which resulted in Noth once entering a Newport Beach home and jumping naked off the homeowner's pier.

Jeanne was tempted to send Chris to an all-boys boarding school after he damaged a neighbor's car while taking it for a joyride, but he talked her into sending him to The Barlow School, a co-ed school in Dutchess County, New York, instead. After he graduated, Noth moved to Brooklyn and found a job at a school for the mentally disabled. He later enrolled at Vermont's Marlboro College and joined a repertory theatre company, first appearing onstage in "She Stoops To Conquer." Chris moved back to New York after graduation and studied acting with Sanford Meisner at the Neighborhood Playhouse School of the Theatre, but since the school had a rule against students working in the theatre, he was expelled after "The New York Times" published a photo of Noth acting in a Manhattan Theatre Club production. Chris later auditioned for Yale University and Juilliard, and both schools accepted him. He decided to attend the Yale School of Drama, who gave him a scholarship, and he earned his MFA in 1985.

While Noth was a student at the Yale School of Drama, he appeared in at least 25 plays, including Maxim Gorky's "The Lower Depths" and Wole Soyinka's "A Play of Giants." He signed with an agent by his third year at the school, and after graduating, Chris played the title role in "Hamlet" at Connecticut's American Shakespeare Festival. He later appeared in plays at the Mark Taper Forum in Los Angeles and Ensemble Studio Theatre in NYC, and he first appeared on Broadway in a 2000 production of Gore Vidal's "The Best Man," which earned a Tony nomination for Best Revival of a Play. In 2005, Noth appeared in Vidal's "On the March to the Sea" and David Mamet's "American Buffalo," and in 2009, he co-starred with Chris Pine in Beau Willimon's "Farragut North" at L.A.'s Geffen Playhouse. He returned to Broadway for the 2011 revival of "That Championship Season," and in 2019, he appeared in Florian Zeller's "The Mother," an Off-Broadway production co-starring Isabelle Huppert. 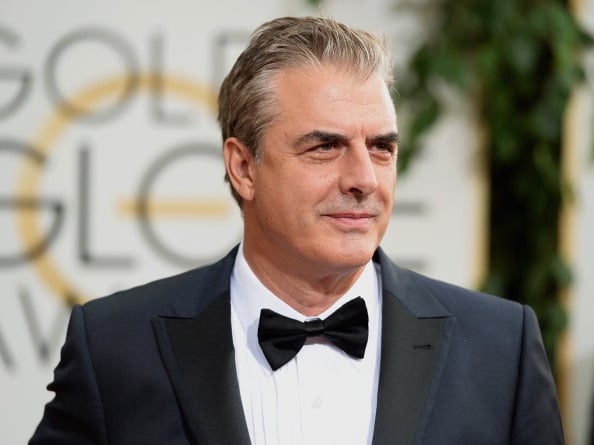 Sex and the City

Chris Noth is best-known for playing the role of John James Preston, aka "Big", on "Sex and the City." He appeared in 41 episodes and reprised his role in two "Sex and the City" films, which grossed a combined $713 million at the box office.

In December 2021 Noth reprised his role in the first episode of the 10-episode revival, "And Just Like That…". Audiences were shocked when his character died in the first episode from a heart attack after stepping off a Peloton bike. After the episode aired Chris immediately appeared in a humorous commercial for Peloton that was produced by Ryan Reynolds.

Noth and Wilson opened a Windsor, Ontario, tea house called Once Upon a Tea Cup in 2007, and they later opened a second location in London, Ontario. Chris has co-owned the New York music venue The Cutting Room since 1999, and he co-owned The Plumm, a New York nightclub. He has been a majority-stake owner of Ambhar Tequila since 2018.

In December 2021, three women came forward and alleged that they had been sexually assaulted by Noth. He denied all allegations.

In the wake of the allegations, Noth was dropped from his talent agency A3 Artists Agency.

According to reports at the time of the allegations, the scandal also reportedly caused a liquor company called Entertainment Arts Research Inc. to pull out of a deal that would have had them paying $12 million to acquire Noth's tequila brand Ambhar Tequila.

In 2001, Noth won a Theatre World Award for "The Best Man," and he was named the "GQ" International Icon Of The Year in 2015. He earned the Shining Star Award at the 2016 La Costa Film Festival and the Canopy Award at the 2017 North Fork TV Festival, and he received Golden Globe nominations for "Sex and the City" (2000) and "The Good Wife" (2011). Chris earned a Satellite Award nomination for Best Actor in a Supporting Role in a Series, Comedy or Musical for "Sex and the City" in 2003, and the cast received a People's Choice Award nomination in 2009. In 2006, Noth and Jerry Orbach received a TV Land Award nomination for Coolest Crime Fighting Team for "Law & Order," and the show earned Chris a Viewers for Quality Television Award nomination for Best Supporting Actor in a Quality Drama Series in 1994. He has also received four Screen Actors Guild Award nominations for Outstanding Performance by an Ensemble in a Drama Series (two for "Law & Order" and two for "The Good Wife"), and the cast of "Kokuriko-zaka kara" was nominated for a Behind the Voice Actors Award for Best Vocal Ensemble in an Anime Feature Film/Special in 2014. 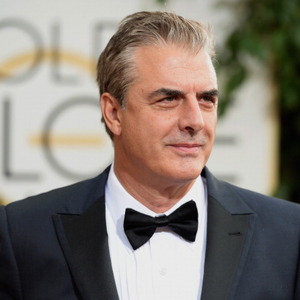