Chris Lowell Net Worth: Chris Lowell is an American actor who has a net worth of $700 thousand dollars. Chris Lowell was born October 17, 1984 in Atlanta, Georgia. He is known for his role as Stosh "Piz" Piznarski in the CW nighttime drama Veronica Mars and the character William "Dell" Parker in the ABC Grey's Anatomy spin-off Private Practice.

Educated at the prestigious Atlanta International School, where he discovered his interest in theater and filmmaking, he later attended the University of Southern California, where he was discovered during his freshman year while playing beach volleyball. He was then cast in the role of Jonathan Fields in Life As We Know It, arguably his most notable role to date. Early in 2006, he appeared in the film You Are Here and the television series Veronica Mars. Lowell's later projects were an appearance in the film Graduation and his next notable television role in the ABC series Private Practice. Chris Lowell is also the vocalist and harmonica player for the indie acoustic band Two Shots for Poe. In 2011, Lowell played the role of Stuart Whitworth in the film The Help, an adaptation of Kathryn Stockett's 2009 novel of the same name. The following year, filming began on Lowell's directorial debut, Beside Still Waters. Set in Michigan's Upper Peninsula, the film tells the story of a man redefining his outlook on life after the death of his parents. In his spare time, Lowell enjoys photography, playing music and traveling. He currently plays the character Derrick Hill in Fox's Enlisted. 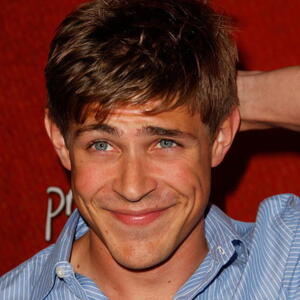