Chris Lemmon net worth: Chris Lemmon is an American actor and author who has a net worth of $10 million. Chris Lemmon was born in Los Angeles, California in June 1954. He is the son of Jack Lemmon and Cynthia Stone. In 1979 Lemmon starred as Milos "Checko" Sabolcik in the TV mini-series Brothers and Sisters.

From 1987 to 1989 he starred as Richard Phillips on the TV series Duet. Chris Lemmon starred as Richard Phillips on the series Open House from 1989 to 1990. In 1990 he starred as Jeff Cameron on the series Knots Landing. Lemmon starred as Martin "Bru" Brubaker on the television series Thunder in Paradise in 1994. He appeared in several films including Airport '77, Just Tell Me You Love Me, The Happy Hooker Goes Hollywood, Seems Like Old Times, Just Before Dawn, Swing Shift, Cannonball Run II, That's Life!, and more. Lemmon also appeared on the TV game show The $10,000 Pyramid and The New Hollywood Squares. 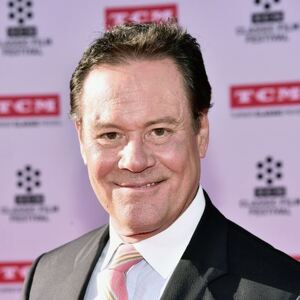