Chris Klein Net Worth and Salary: Chris Klein is an American movie actor who has a net worth of $3 million. Klein rose to prominence in the late 90s and early 00s with a number of teen comedies such as "Election" and "American Pie." The latter film proved to be the most defining moment in his career, although Chris went on to star in a number of other films over the years. Today, he is probably best known for appearing in series such as "The Flash" and "Sweet Magnolias."

Early Life: Frederick Christopher Klein was born on March 14th of 1979 in Hinsdale, Illinois. Raised in Brookfield alongside two siblings, Chris started his journey in the entertainment world by singing "This Little Light of Mine" at a community theater in Chicago. At the age of 13, he relocated with his family to Omaha, Nebraska. While attending high school in Omaha, Klein performed in the school's production of "West Side Story." He also played on the football team and joined the swim team. After graduating from high school, Klein attended Texas Christian University.

Career: Chris' professional acting career began in his senior year of high school. During this period, director Alexander Payne spotted Klein and offered him a role in the film "Election," as Payne was shooting the movie in Chris' hometown. The film was released in 1999 to positive reviews, and it helped launch Klein's career. During the next period, Klein maintained connections in the film industry while attending TCU, where he studied theatre.

Another major step forward for Chris Klein came with the release of "American Pie" later in 1999. He would later reprise his role as Chris 'Oz' Ostreicher in "American Pie 2" and "American Reunion." Further roles during this period came with the film "Here on Earth" and Mel Gibson's "We Were Soldiers." A low point was his role in 2002's "Rollerball," which proved to be a total box office bomb. However, he also showed his strong acting skills with movies like "Just Friends" and "American Dreamz," both of which were moderately successful.

Over the next period, Klein's career stalled for the most part. Although he appeared in a number of films during the next few years, none really made an impact. Some went directly to video. However, his career went through something of a resurgence towards the end of the 2010s. In 2018, he first started appearing on "The Flash" as a serial killer named 'Cicadia.' He then booked another central role in the Netflix series "Sweet Magnolias" starting in 2020.

Relationships: In the year 2000, Klein started dating actress Katie Holmes, and they became engaged in 2003. However, the pair decided to call off the engagement and eventually ended the relationship completely in 2005. In 2011, Chris started dating a travel agent named Laina Rose Thyfault, and they became engaged in 2014. After marrying in 2015, the pair welcomed their first child into the world in 2016. They subsequently had another child in 2018.

Legal Issues: In 2005, Chris Klein was arrested for drunk driving in San Diego. His second DUI offense came in 2010, and he was forced to undergo an alcohol addiction program. In most states, a third DUI offense is a felony. 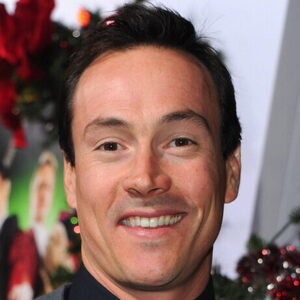