Chris Jacobs net worth: Chris Jacobs is an American actor and television host and personality who has a net worth of $1 million. Chris Jacobs was born in Chicago, Illinois in January 1970. He is best known for hosting the television series Overhaulin' as well as the Barrett-Jackson Collector Car Auctions for the Velocity network. Jacobs graduated from Western State University College of Law and was admitted to the state bar of California. As an actor he has starred in the movies Nick of Time, Rowing Through, The Party Crashers, Angels, Baby!, Runners, The Real Deal, Wild Roomies. Jacobs has also appeared in episodes of the TV series The X-Files, V.I.P., CSI: Crime Scene Investigation, Touched by an Angel, Two and a Half Men, Side Order of Life, and Happy Divorced. He hosted the TV series Overhaulin' from 2004 to 2014 and the series Long Lost Family since 2015. 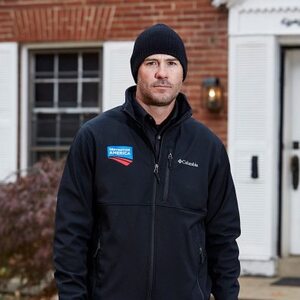