Chris Gauthier net worth: Chris Gauthier is an English-Canadian actor who has a net worth of $400 thousand. Chris Gauthier was born in Luton, Bedfordshire, England, United Kingdom in January 1976. He has more than 80 acting credits to his name and starred as Vincent on the television series Eureka from 2006 to 2012. From 2011 to 2013 he starred as Doc Jay Dang on the TV series Health Nutz.

Gauthier has had a recurring role as William Smee on the series Once Upon a Time starting in 2012. He has also starred in many films including 40 Days and 40 Nights, Agent Cody Banks, Freddy vs. Jason, School of Life, The Foursome, The Butterfly Effect 2, Kyle XY, The Sandlot: Heading Home, Stargate: The Ark of Truth, A Series of Unfortunate Events, and more. Chris Gauthier has won Leo Awards for Earthsea in 2005, Zixx: Level Two in 2006, and Sanctuary in 2010. 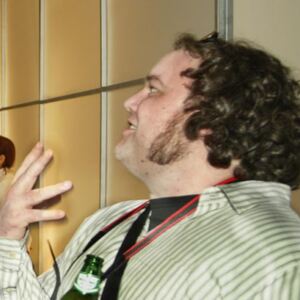