Chris Fowler net worth and salary: Chris Fowler is an American sports broadcaster who has a net worth of $7 million dollars. Chris Fowler was born in Denver, Colorado, and went on to graduate from the University of Colorado with a degree in Radio/Television News in 1985. While a student at the University of Colorado, he produced and co-hosted a weekly news program, and provided high school sports coverage for the Rocky Mountain News.

He then went on to work for KCNC-TV in Denver as a production assistant, producer, writer, and sports reporter. He began working for ESPN's "Scholastic Sports America" in 1986 as a host and reporter. He then became a sideline reporter for college football. His exclusive interview with imprisoned former college football star, Charles Thompson, is considered legendary. Since then, he has served as in-studio host for "College GameDay", men's college basketball coverage on ESPN, coverage of the X-Games, the Breeders Cup, all major tennis tournaments, and "SportsCentury". 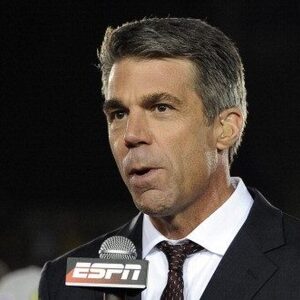