Chris Elwood net worth: Chris Elwood is an American actor, writer, and television personality who has a net worth of $1 million. Chris Elwood was an award-winning quarterback in high school. He also won medals in many track and field events. He moved to Los Angeles, California in 1995. Elwood followed Andrew Dice Clay in his only stand-up comedy appearance.

As an actor he starred in the television series Ringer as Doug Cupertino from 2011 to 2012. Elwood has starred in the movies How High, My Dinner with Jimi, and Dog Gone Love. He has appeared in episodes of the TV series In the Heat of the Night, Married with Children, Sliders, The Wayans Bros., Spin City, Castle, The Young and the Restless, and Mighty Med. Elwood appeared in episodes of the TV series Punk'd from 2005 to 2007 and in the series Flipping Out in 2007.

Elwood was married to his Flipping Out co-star Jenni Pulos until 2008. He has been married to Rachel Elwood since 2011. 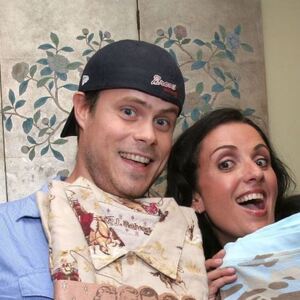