Chris also appeared in sketches on the late-night talk show and later joined the cast of the iconic sketch comedy show "Saturday Night Live" (1994–1995). Elliott served as a producer on "Get a Life," "Eagleheart," and the 2006 TV movie "You've Reached the Elliotts."

Early Life: Chris Elliott was born Christopher Nash Elliott on May 31, 1960, in New York City. His father, Bob, was a member the comedy duo Bob and Ray, and his mother, Lee, was a TV director and a model. Chris grew up with four older siblings and spent a semester at the Eugene O'Neill Theater Center's National Theater Institute.

Career: Elliott's first job in the entertainment industry was a production assistant position at "Late Night with David Letterman." He occasionally appeared in sketches during the show's first year, and he was hired as a writer in 1983 and began appearing in sketches more often. Some of the characters Chris played on the show were The Conspiracy Guy, The Laid Back Guy, The Guy Under the Seats, Skylark, and Marlon Brando.

Elliot created the show "Get a Life," on which he starred as a 30-year-old paperboy living with his parents. The series ran for 36 episodes, and his real-life father played his dad on the show. Chris then appeared in the 1992 TV movie "Medusa: Dare to Be Truthful" and the 1993 films "CB4" and "Groundhog Day."

He starred in the 1994 comedy "Cabin Boy" and directed and appeared in the short films "The Travelling Poet" (1993), "Poolside Ecstasy" (1994), and "Housewives: The Making of the Cast Album" (1994). He played The Gambler in 1996's "Kingpin" and Dom Woganowski in 1998's "There's Something About Mary," which grossed $369 million at the box office and is considered one of the funniest movies of all time.

Chris starred on "Eagleheart," which was produced by Conan O'Brien's Conaco production company, from 2011 to 2014.

Personal Life: Chris married Paula Niedert, a talent coordinator for "Late Night with David Letterman" on March 8, 1986. They welcomed daughters Abby and Bridey on June 16, 1987, and July 27, 1990, respectively. Both daughters grew up to become actresses, and Abby followed in her father's footsteps and was a "Saturday Night Live" cast member from 2008 to 2012.

Awards and Nominations: Elliott has been nominated for 10 Primetime Emmys, sharing the award for Outstanding Writing in a Variety or Music Program with his fellow "Late Night with David Letterman" writers in 1984, 1985, 1986, and 1987.

He earned four Canadian Screen Award nominations for "Schitt's Creek," taking home the prize for Best Performance by an Actor in a Featured Supporting Role or Guest Role in a Comedic Series in 2016. The "Schitt's Creek" cast won a Screen Actors Guild Award for Outstanding Performance by an Ensemble in a Comedy Series in 2021 and an IGN Summer Movie Award for Best TV Ensemble in 2020. Chris has also received two American Comedy Award nominations, Funniest Supporting Actor in a Motion Picture for "Groundhog Day" in 1994 and "There's Something About Mary" in 1999. 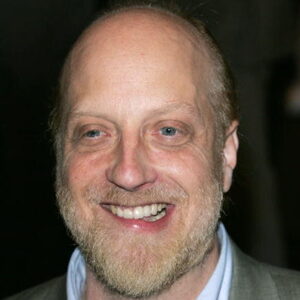