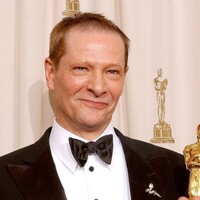 What Is Chris Cooper's Net Worth?

Chris Cooper was born Christopher Walton Cooper on July 9, 1951, in Kansas City, Missouri. Chris grew up in Kansas City, Phoenix, Las Vegas, and Houston with mother Mary Ann, father Charles, and older brother Chuck. Charles was a doctor for the U.S. Air Force as well as a cattleman. The family owned a cattle ranch approximately 15 miles from Leavenworth, Kansas, and they spent their summers there. Cooper attended Kansas City's Southwest High School and built sets for a local theater company. After graduating in 1969, he worked as the shop foreman for a different repertory group. Chris later joined the U.S. Coast Guard Reserve in order to avoid being drafted during the Vietnam War, then he enrolled at the University of Missouri to study set design. He changed his major to acting as a sophomore to overcome his "overpowering shyness," and he also studied dance at Stephens College for Women. Cooper told the "Belfast Telegraph" in 2008, "Those dance classes were important because making a total fool of myself every day in front of a classroom full of women really helped me break out of my shyness." After he graduated from college with degrees in Drama and Agriculture, Chris moved to New York City, where he made a living renovating apartments and taking jobs as a janitor, construction worker, and chauffeur. During this time, he studied with revered acting teachers Wynn Handman and Stella Adler, and he made his Broadway debut in a Century Theatre production of David French's "Of the Fields, Lately" in 1980. 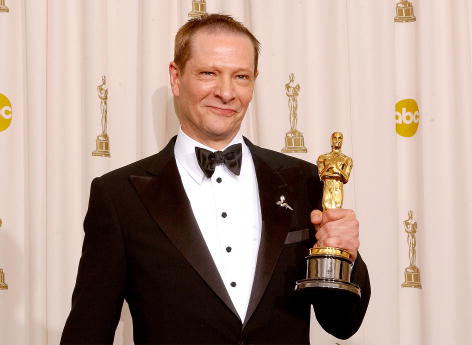 Chris received a Primetime Emmy nomination for his performance as Thomas Riversmith in the 2003 HBO movie "My House in Umbria," and he earned a Satellite Award nomination for portraying Alvin Dewey in 2005's "Capote." He then appeared in "Jarhead" (2005), "Syriana" (2005), "Breach" (2007), "The Kingdom" (2007), and "New York, I Love You" (2009) and portrayed Walt Whitman on the PBS series "American Experience" (2008). He also narrated the 2009 episode "The Assassination of Abraham Lincoln." In 2010, Cooper appeared in "The Tempest," "The Company Men," "Remember Me," "Amigo," and "The Town," then he played villainous oil tycoon Tex Richman in "The Muppets," in which he performed the rap "Let's Talk About Me." He starred as  Charles Aiken in 2013's "August: Osage County," which is based on the 2007 Tracy Letts play of the same name, then he had an uncredited cameo as Norman Osborn in 2014's "The Amazing Spider-Man 2." Chris portrayed J. D. Salinger in 2015's "Coming Through the Rye," and he voiced Smokey in the 2017 Pixar film "Cars 3," which grossed $383.9 million at the box office. In 2019, he co-starred with Tom Hanks in the Fred Rogers biopic "A Beautiful Day in the Neighborhood" and played Mr. Laurence in the Greta Gerwig-directed adaptation of Louisa May Alcott's "Little Women." In 2020, Cooper appeared in the political comedy "Irresistible," which was written and directed by Jon Stewart, and he played Leonard Geist in the second season of the psychological thriller series "Homecoming." In November 2021, it was announced that Chris had been cast in the Hulu film "Boston Strangler."

Chris met Marianne Leone in an acting class in 1979, and they married on July 8, 1983. The couple welcomed a son, Jesse, in October 1987, three months prematurely. Three days after his birth, Jesse had a cerebral hemorrhage, which resulted in cerebral palsy. In 2003, Cooper told "The Morning Call" that his son was the best thing that had ever happened to him, adding, "He's in a wheelchair and he communicates only by computer, but he's taught me so much because he's just so incredibly focused. Now he's in a regular school, which we fought to get him into. He's an honors student, and he's doing great." Sadly, Jesse passed away suddenly on January 3, 2005, at the age of 17, and two years later, Chris and Marianne founded the Jesse Cooper Foundation in his memory. In May 2016, the University of Massachusetts Lowell presented Cooper with an honorary doctorate during the school's commencement ceremony. Chris and Marianne have adopted numerous rescue dogs, and in an April 2021 post on her website, Leone revealed that she was working on a book about rescues. She also wrote the book "Jesse: A Mother's Story," which is described as "an unforgettable memoir of joy, grief, and triumph."

In 2004, Cooper won the Peter J. Owens Award at the San Francisco International Film Festival, and in 2015, he received the Extraordinary Contribution to Filmmaking Award at the Austin Film Festival. In 2013, Capri, Hollywood honored him with a Capri Lifetime Achievement Award, and Chris and his "August: Osage County" co-stars won the Capri Ensemble Cast Award. The cast also earned awards from the Hollywood Film Awards and Nevada Film Critics Society. "Thousand Pieces of Gold" won a Bronze Wrangler for Theatrical Motion Picture at the 1992 Western Heritage Awards, and Cooper was named Best Actor for "Lone Star" at the 1996 Lone Star Film & Television Awards. He has won AARP Movies for Grownups Awards for Best Actor for "Breach" (2008) and Best Supporting Actor for "August: Osage County" (2014), and in 2000, he shared a Screen Actors Guild Award for Outstanding Performance by a Cast in a Theatrical Motion Picture with his "American Beauty" co-stars. In 2010, "The Town" cast won a National Board of Review Award for Best Acting by an Ensemble and a Washington DC Area Film Critics Association Award for Best Acting Ensemble.