Chris Colfer net worth and salary: Chris Colfer is an American actor, singer, and writer who has a net worth of $8 million. Chris Colfer is probably most famous for playing the role of Kurt Hummel on the televisions series Glee. For his role on Glee, Chris won the 2011 Golden Globe Award for Best supporting Actor, and has also been nominated for several Emmys, for Outstanding Supporting Actor in a Comedy Series. In 2011, Chris was one of Time magazine's 100 most influential people. Colfer was born in Clovis, California on May 27, 1990, he is of Irish descent.

Chris had many accomplishments during his high school days at Clovis East, including speech and debate Champion titles. As part of the Speech and Debate program, he placed 9th in the State Competition for Dramatic Interpretation. He was also a member of the drama club, president of the Writer's Club, editor of the school's literary magazine, and captain of Destination ImagiNation. Chris was a senior in high school when he wrote, starred i, and directed "Shirley Todd", a spoof based on the fictional character Sweeney Todd. However Chris's version was very unique because all the roles were gender reversed. In high school, his teachers would not allow him to sing the song "Defying Gravity" from the musical Wicked, because it was traditionally sung by a woman. However Chris' grandmother was a minister and allowed him to sing the song in her church. Later this real life incident became a sub plot for Chris's character Kurt Hummel on Glee.

Colfer is openly gay and can relate to the teasing and bullying that his openly gay character on Glee goes through. He was the voice of three characters in the 2010 feature film Marmaduke. He waws the lead actor, writer and producer in the 2012 coming of age comedy Struck by Lightning. Colfer's character in the movie is struck and killed by a bolt of lightning, then tells the story about how he blackmailed his fellow classmates into contributing to his literary magazine, the story is told in a flashback style. Chris is also an accomplished young author. He has released several books, with more planned for the future.

Chris Colfer Salary
What was Chris Colfer's salary per episode of Glee? $45,000 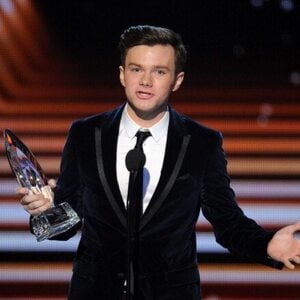