Chris Carmack Net Worth and salary: Chris Carmack is an American actor, singer, and model who has a net worth of $4 million. Chris Carmack was born in Washington, D.C. in December 1980. She worked on productions in high school on and off stage and competed in drama festivals.

He attended New York University but left after being discovered by a modeling scout. He worked for Abercrombie & Fitch as well as Macy's, Target, Lord and Taylor, Elle France, Nautica, Cosmogirl, and Guess?. Carmack moved from New York to Los Angeles, California to pursue acting. His first appearance came in the TV series Strangers with Candy in 2000. From 2003 to 2004 he starred as Luke Ward in the TV series The O.C. In 2005 he starred as Cooper Morgenthal in the TV mini-series Beach Girls. Chris starred as Alex in the series Related from 2005 to 2006. Since 2013 he has starred as Will Lexington on the ABC drama Nashville. He has starred in many movies including Into the Blue 2: The Reef, Love Wrecked, The Butterfly Effect 3: Revelations, Beauty & the Briefcase, and Alpha and Omega. He has also starred in theatre productions of Entertaining Mr. Sloane and Summer and Smoke. Carmack has been featured on the soundtracks for Nashville and had a single "What If I Was Willing" in 2013. Chris announced his engagement to Erin Slaver in March 2016. They welcomed a daughter in August 2016. 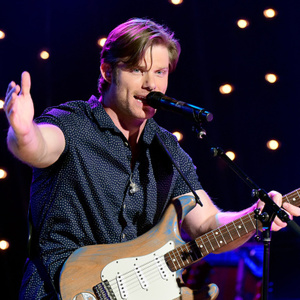