Chris Bauer Net Worth: Chris Bauer is an American actor who has a net worth of $1.5 million. Chris Bauer was born in Los Angeles, California in October 1966. He attended the American Academy of Dramatic Arts and the Yale School of Drama. His first appearances came in the TV series Ticket to Ride and Midnight Caller in 1989.

In 2003 he starred as Frank Sobotka in the TV series The Wire. One of his best known roles came as Fred Yokas in the series Third Watch from 1999 to 2004. In 2005 he starred in the TV series Johnny Zero as Stringer and Tilt as Leeland "Lee" Nickel. Bauer starred as Agent Dodd in the TV series Smith from 2006 to 2007. One of his other best known roles has been as Andy Bellefleur in the TV series True Blood since 2008. He has also starred in the movies Colin Fitz Lives!, Fools Rush In, Face/Off, The Myth of Fingerprints, Devil's Advocate, A Cool, Dry Place, 8MM, Cradle Will Rock, Sweet and Lowdown, Flawless, Animal Factory, High Fidelity, The Photographer, Bug, Broken Flowers, The Notorious Betty Page, Flags of Our Fathers, and The Conspirator. Bauer won a Satellite Award in 2009 for True Blood and was nominated for a Screen Actors Guild Award in 2010. 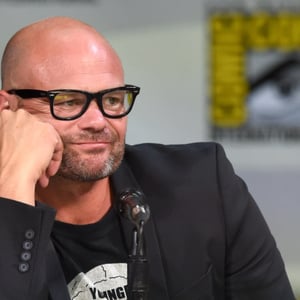