What Is Chow Yun-fat's Net Worth?

Chow Yun-fat was born on May 18, 1955, on Lamma Island, Hong Kong. His father, Chow Yung-Wan, worked on a Shell Oil tanker, and his mother, Chan Lai-fong, was a vegetable farmer as well as a cleaning lady. The family lived in a farming community, and their house did not have electricity. Every morning, Chow woke up at dawn and helped his mother sell Hakka tea-pudding and herbal jelly. He spent his afternoons working in the fields. When Yun-fat was 10 years old, the family moved to Kowloon. Chow dropped out of school at age 17 to help support his family, and he found work as a postman, taxi driver, bellboy, and camera salesman. He later attended City University of Hong Kong, and after college, he was accepted to local TV station TVB as an actor trainee. Yun-fat entered into a three-year contract with TVB, and in 1975, he appeared on television in "Chinese Folklore: God of River," "Chinese Folklore: Dream of the Red Chamber," "Little Women," "Broken Pieces," and "Beautiful Ladies." 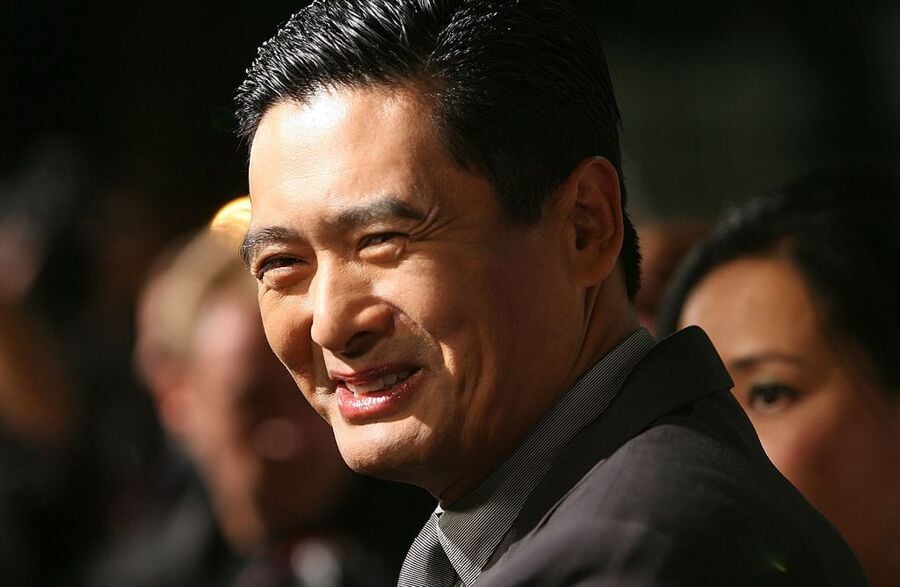 In 1995, the "Los Angeles Times" referred to Chow as "the coolest actor in the world," and around this time, he moved to Hollywood. In 1998, he starred in "The Replacement Killers" alongside Mira Sorvino, then he appeared in 1999's "The Corruptor" and "Anna and the King." In 2000, Yun-fat starred as Li Mu-Bai in "Crouching Tiger, Hidden Dragon," which grossed $213.5 million at the U.S. box office and earned an Academy Award nomination for Best Picture. He played the title role in 2003's "Bulletproof Monk," then he appeared in the Chinese romantic comedy "Waiting Alone" in 2004. Chow starred in 2006's "Curse of the Golden Flower," and in 2007, he played Captain Sao Feng in the Walt Disney Pictures blockbuster "Pirates of the Caribbean: At World's End," which brought in $960.9 million at the box office. When the film played in mainland China, Yun-fat's part was omitted because the government censors believed that the character "vilified and humiliated" Chinese people. Chow played Muten Roshi in 2009's "Dragonball Evolution," and he starred as the title role in 2010's "Confucius." In 2012, he appeared in "The Assassins" and "The Last Tycoon," followed by "From Vegas to Macau" (2014), "From Vegas to Macau II" (2015), and "From Vegas to Macau III" (2016). In 2018, he starred in the action film "Project Gutenberg," which won a Hong Kong Film Award for Best Film and earned him a Best Actor nomination.

Yun-fat married actress Candice Yu in 1983, and they split up nine months later. He then wed Jasmine Tan on May 6, 1987, and sadly, they had a stillborn daughter in the early '90s. Chow is the godfather of former child model Celine Ng. Though Yun-fat is extremely wealthy, he lives modestly and often uses public transportation. He owned the same Nokia phone for 17 years and didn't upgrade to a smartphone until his Nokia phone stopped working. The Hong Kong website Jayne Stars reported that Chow only spends $800 HKD ($102 USD) each month, and he has said that he will leave his entire fortune to charity. Yun-fat told Jayne Stars in 2018, "My dream is to be a happy and normal person. The hardest thing in life is not about how much money you earn, but how to keep a peaceful mindset and live the rest of your life in a simple and carefree manner." Chow received an Honorary Doctor of Letters from City University of Hong Kong in 2001 and a Doctor of Humanities, honoris causa from Hong Kong Baptist University in 2021.

Chow has been nominated for 19 Hong Kong Film Awards, winning Best Actor for "A Better Tomorrow" (1987), "City on Fire" (1988), and "All About Ah-Long" (1990). He was named Best Actor for "Hong Kong 1941" at the 1984 Asia-Pacific Film Festival, and he won a People's Choice Award for Favorite Actor for "Let the Bullets Fly" at the 2011 Asian Film Awards. Yun-fat earned Golden Horse Film Festival awards for Best Leading Actor for "Hong Kong 1941" (1985) and "An Autumn's Tale" (1987), and he won a Best Actor award for "Project Gutenberg" at the 2018 Chinese American Film Festival. He has received four Huading Award nominations, winning the 1978 Excellence Award –  National Top 10 Film Actor in 2020, and in 2011, he earned a Huabiao Film Award for Outstanding Abroad Actor for "Confucius."