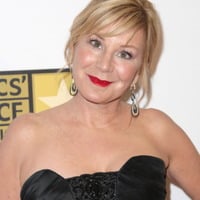 Chloe Webb net worth: Chloe Webb is an American actress who has a net worth of $6 million. Chloe Webb was born in Greenwich Village, Manhattan, New York in June 1956. Since 2011 she has starred as Monica Gallagher in the television series Shameless. Webb starred as Laurette Barber in the TV series China Beach in 1988. In 1993 she starred as Mora Ramsey on the TV mini-series Armistead Maupin's Tales of the City. In 1986 she starred as Nancy Spungen in the movie Sid and Nancy. Webb also starred in the films Twins, Ghostbusters II, A Dangerous Woman, Love Affair, She's So Lovely, The Newton Boys, Practical Magic, and Repo Chick. In 1989 she was nominated for a Primetime Emmy Award for Outstanding Guest Actress in a Drama Series for China Beach. She has also appeared in episodes of the TV series Judging Amy, House, Two and a Half Men, Medium, and CSI: Crime Scene Investigation.