What is Chloë Sevigny's Net Worth and Salary?

Chloe Sevigny is an American actress, model and fashion designer who has a net worth of $10 million dollars. Chloë Sevigny is known for her work in a variety of independent films. After making her debut in the controversial 1995 film "Kids," she went on to appear in such provocative titles as "Boys Don't Cry," "American Psycho," "demonlover," "Dogville," and "The Brown Bunny." On television, Sevigny's credits include "Big Love," "Hit & Miss," "American Horror Story," and "Bloodline."

Chloë Sevigny was born on November 18, 1974 in Springfield, Massachusetts as the second child of Janine and Harold; her brother is named Paul, and they are of Polish-American and French-Canadian descent. The siblings were raised in the affluent coastal town of Darien, Connecticut in a strict Catholic household. Growing up, Sevigny frequently spent her summers at theater camp, and performed in plays run by the YMCA. She went to Darien High School as a teen, and had a job sweeping tennis courts at a country club. Sevigny was a loner during her teenage years, and often experimented with hallucinogens.

One day in 1992 when she ditched school in Darien to travel to Manhattan, Sevigny was spotted by Sassy magazine fashion editor Andrea Linett. Immediately struck by her style, Linett recruited Sevigny as an intern for her publication. Sevigny went on to model for Sassy, as well as for the X-Girl fashion label. In 1993, she moved from Darien to an apartment in Brooklyn, and worked as a seamstress to make ends meet. During this time, she was spotted by author Jay McInerney, who subsequently penned a seven-page New Yorker article praising her looks. Following this, Sevigny graced the album cover of Gigolo Aunts' EP "Full-On Bloom," and appeared in the music video for the Lemonheads' song "Big Gay Heart."

In her senior year of high school in 1993, Sevigny encountered aspiring director Harmony Korine in Washington Square Park. The two became friends, and Sevigny was later cast in Korine's 1995 coming-of-age film "Kids," her debut as an actress. For her performance as an HIV-positive teen, she earned an Independent Spirit Award nomination for Best Supporting Female. Following this, Sevigny had a small role in Steve Buscemi's "Trees Lounge." In 1997, she reunited with Harmony Korine for his film "Gummo," on which she also served as the costume designer. Sevigny was next in Volker Schlöndorff's neo-noir thriller "Palmetto" and Whit Stillman's dramedy "The Last Days of Disco." In 1999, she achieved her first mainstream success with her role as Lana Tisdel in Kimberly Peirce's biographical drama "Boys Don't Cry," starring Hilary Swank as transgender man Brandon Teena. Sevigny received major acclaim for her performance, and was nominated for an Academy Award for Best Supporting Actress. 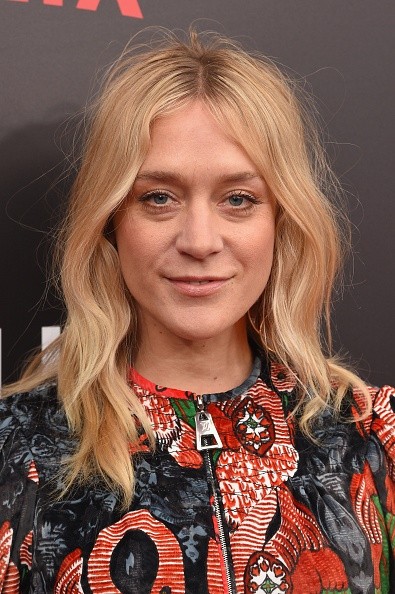 The same year she drew recognition for "Boys Don't Cry," Sevigny appeared in Harmony Korine's "Julien Donkey-Boy" and Scott Elliott's "A Map of the World." In 2000, she had a supporting role in Mary Harron's black comedy "American Psycho," and in 2002 starred alongside Connie Nielsen and Charles Bering in Olivier Assayas' neo-noir thriller "demonlover." Sevigny had one of her most significant years on screen in 2003, appearing in five films including "Party Monster," "Death of a Dynasty," "Shattered Glass," and Lars von Trier's "Dogville." Her most buzzed-about role of the year, however, came in Vincent Gallo's "The Brown Bunny," in which she performed unsimulated fellatio on the director and star. Sevigny followed this with roles in such films as "Melinda and Melinda," "Manderlay," "Broken Flowers," "3 Needles," "Lying," "Sisters," "Zodiac," "The Killing Room," and "My Son, My Son, What Have Ye Done?"

Sevigny began the 2010s with supporting roles in "Barry Munday" and "Mr. Nice." She was subsequently in "Lovelace," "The Wait," "Little Accidents," "Electric Slide," and "#Horror." In 2016, Sevigny reunited with writer-director Whit Stillman for the Jane Austen adaptation "Love & Friendship," in which she played the sassy friend of Kate Beckinsale's Lady Susan Vernon. She followed this with roles in a wide range of films, including the body-horror film "Antibirth"; the dramedies "Golden Exits" and "Beatriz at Dinner"; the coming-of-age drama "Lean on Pete"; and the psychological thriller "The Snowman." In 2018, Sevigny took on the titular role of axe murderer Lizzie Borden in the biographical thriller "Lizzie." Her later credits have included "Love is Blind," "The Dead Don't Die," "The True Adventures of Wolfboy," "Queen & Slim," and "Slow Machine."

Sevigny had her first television role in 2000 in the HBO made-for-TV movie "If These Walls Could Talk 2." Later, in 2005, she had a supporting role in another television film, "Mrs. Harris," starring Annette Bening, Ben Kingsley, and Cloris Leachman. Sevigny had her biggest television role yet from 2006 to 2011, when she played Nicolette Grant, the second wife of a polygamist husband, on the HBO series "Big Love." She had her next main role in 2012, starring as a transgender contact killer in the British miniseries "Hit & Miss." The same year, she had a recurring role in the second season of the horror anthology series "American Horror Story."

Since 2013, Sevigny has had numerous recurring and main roles. She played the character of Alexandra in nine episodes of "Portlandia" and Christina in six episodes of "The Mindy Project," and starred as Detective Catherine Jensen on A&E's "Those Who Kill" in 2014. From 2015 to 2017, Sevigny played Chelsea O'Bannon on the Netflix series "Bloodline." During this time, she also had a main role as Dr. Alex Lowe in the fifth season of "American Horror Story." Sevigny's other credits have included main roles on the limited series "The Act" and "We Are Who We Are."

In 2018, Sevigny began a relationship with Serbian art gallery director Siniša Mačković. The couple married in 2020, and shortly after had a son named Vanja. 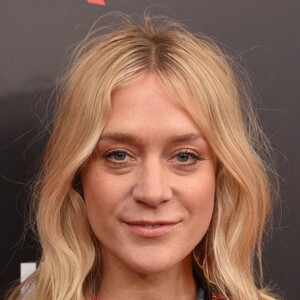