Chloe Greenfield Net Worth: Chloe Greenfield is an American actress who has a net worth of $150 thousand. Chloe Greenfield was born in Bloomfield Hills, Michigan in July 1995. She graduated from Andover High School in 2013 and moved to Los Angeles, California. Her acting debut came starring as rapper Eminem's character little sister Lily Smith in the 2002 movie 8 Mile.

She starred as Alicia in the 2005 short 21 Carbs and as Dana in the 2006 film project 313. From 2006 to 2009 she starred as Sarah Riley in the television series ER. She was featured in the video "Alive with the Glory of Love" by Say Anything. Chloe stars in the interactive web series Molly's Mall. In 2008 she was nominated for a Young Artist Award for Best Performance in a TV Series – Recurring Young Actress for ER. Chloe's parents Kim and Bryce were extras for the movie 8 Mile. Chloe auditioned but was turned down for roles in the films Cheaper by the Dozen and Charlotte's Web. 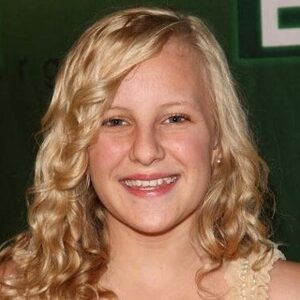