Chloe Dykstra net worth: Chloe Dykstra is an American actress and model who has a net worth of $1 million. Chloe Dykstra was born in Los Angeles, California in September 1988. Her father John Dykstra is a special effects artist and pioneer in the field. Chloe Dykstra is known in the world of cosplay and for being the former co-host and producer of the web series Just Cos on the Nerdist Industries' YouTube channel.

From 2013 to 2014 she starred as a cast member of the SyFy television series Heroes of Cosplay. Dykstra has also appeared in episodes of the TV series There Will Be Brawl, NerdTerns, Chaotic Awesome, and Chris Hardwick's All-Star Celebrity Bowling. Dykstra also works as a freelance game journalist. Chloe dated Chris Hardwick. On June 15, 2018, Chloe posted a scathing account of their relationship to Medium. In the post, she accuses Hardwick of being both physically and emotionally abusive during their time dating. The post sent shock-waves through the entertainment industry and caused several companies to distance themselves from Hardwick. 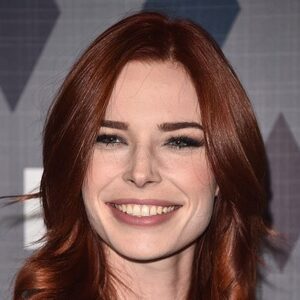