What is Chiwetel Ejiofor's Net Worth?

Chiwetel Ejiofor is a British actor and filmmaker who has a net worth of $16 million. Chiwetel Ejiofor began his career playing Othello in a 1995 stage production of the play. After this, he appeared in the television film "Deadly Voyage" and in Steven Spielberg's historical film "Amistad." Since then, Ejiofor has earned acclaim for his performances in such films as "Dirty Pretty Things," "Kinky Boots," and "12 Years a Slave."

Chiwetel Ejiofor was born on July 10, 1977 in London, England to Nigerian Igbo parents Arinze and Obiajulu. He has a younger sister named Zain. When Ejiofor was 11, he and his father were involved in a head-on automobile accident during a trip to a wedding in Nigeria. Ejiofor sustained injuries that left scars on his forehead, while his father was killed in the crash.

Ejiofor attended Dulwich Prep London, where he acted in a school production of Shakespeare's "Hamlet." He continued to act at Dulwich College, and also joined the National Youth Theatre. Subsequently, Ejiofor was accepted to the London Academy of Music and Dramatic Art, but left following his first year when he was cast in Steven Spielberg's "Amistad," his debut film role. On stage, he made his professional debut starring in a production of "Othello" in 1995, and reprised his role in 1996 in Glasgow. That same year, he appeared on television for the first time in the made-for-TV movie "Deadly Voyage."

Following his debut in "Amistad," Ejiofor was in the 1999 British drama "G:MT – Greenwich Mean Time." The next year, he had his first leading role in the comedy "It Was an Accident." Ejiofor had his most acclaimed role yet in 2002, when he starred in Stephen Frears' social thriller "Dirty Pretty Things" alongside Audrey Tautou. For his performance, he won the British Independent Film Award for Best Actor. He followed this in 2003 with roles in the Christmas-themed romantic comedy "Love Actually" and the crime film "Three Blind Mice." Ejiofor continued to land roles in many major films throughout the decade. In 2004, he appeared in Spike Lee's "She Hate Me," Tom Hooper's post-apartheid drama "Red Dust," and Woody Allen's "Melinda and Melinda." The next year, he was in "Four Brothers" and "Slow Burn," as well as the critically acclaimed dramedy "Kinky Boots" and the space Western "Serenity." Ejiofor's subsequent credits were Spike Lee's "Inside Man"; Alfonso Cuarón's "Children of Men"; Kasi Lemmons' "Talk to Me"; Ridley Scott's "American Gangster"; David Mamet's "Redbelt"; Pete Travis' "Endgame"; and Roland Emmerich's disaster film "2012." 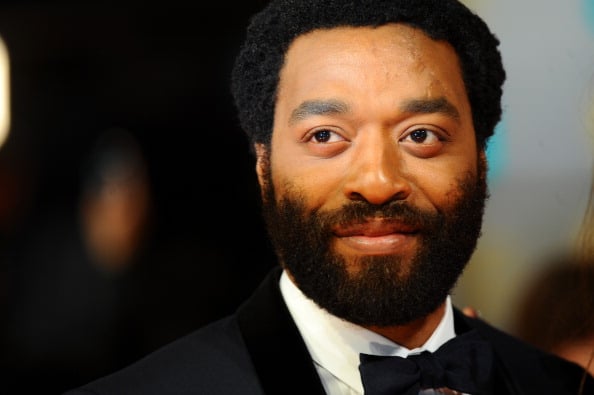 In 2010, Ejiofor starred opposite Angelina Jolie and Liev Schreiber in the action thriller "Salt." Three years later, he starred in three historical dramas: "Savannah," "Half of a Yellow Sun," and "12 Years a Slave." In the latter film, Ejiofor portrayed Solomon Northup, a free black man in New York who was kidnapped and sold into slavery in 1841. "12 Years a Slave" went on to become one of the most lauded films of 2013, earning a plethora of awards nominations and wins. Ejiofor was nominated for an Oscar for Best Actor, while the film itself took home the award for Best Picture. Following this success, Ejiofor was in such films as "Z for Zachariah," "The Martian," "Secret in Their Eyes," "Triple 9," "Doctor Strange," "Come Sunday," and "Mary Magdalene." In 2019, he made his directorial debut with the African historical drama "The Boy Who Harnessed the Wind," in which he also starred as Trywell Kamkwamba. The same year, Ejiofor had roles in the Disney films "Maleficent: Mistress of Evil" and the remake of "The Lion King." His subsequent credits include "The Old Guard," "Locked Down," and "Infinite."

After appearing in an episode of the British anthology series "Murder in Mind" in 2001, Ejiofor starred as Orsino in a television film adaptation of "Twelfth Night." He was then in the BBC One legal drama "Trust" and the BBC One adaptation of Chaucer's "The Canterbury Tales." One of the actor's most acclaimed television roles came in 2006, when he starred in the disaster drama miniseries "Tsunami: The Aftermath," about the 2004 Indian Ocean earthquake and tsunami. His performance earned him a Golden Globe Award nomination for Best Actor in a Miniseries or Television Film. Later, in 2011, Ejiofor starred in the seven-part BBC Two crime miniseries "The Shadow Line." Two years after that, he appeared in the biographical television film "Phil Spector," and received another Golden Globe nomination for his work in the historical drama series "Dancing on the Edge."

Beyond "Othello," Ejiofor acted in productions of "Macbeth" and "Sparkleshark" in the 1990s. He had a major year on stage in 2000, when he starred in Royal National Theatre productions of "Blue/Orange," "Romeo and Juliet," and "Peer Gynt." Next, in 2002, he played Nicky Lancaster in Noël Coward's "The Vortex." In 2007, Ejiofor played Boris Alexeyevich Trigorin in Chekhov's "The Seagull," and also reprised his role in "Othello" at the Donmar Warehouse. His other credits include the plays "A Season in the Congo" and "Everyman."

In 2008, Ejiofor was appointed Officer of the Order of the British Empire. Seven years later, in honor of his charity work in Nigeria, he was given a Global Promise Award from the non-profit welfare group the GEANCO Foundation.

Along with several other actors, Ejiofor participated in a 2016 video from the UN's refugee agency UNHCR to help spread awareness about the global refugee crisis. 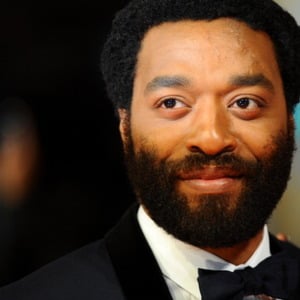