Chita Rivera net worth: Chita Rivera is an American actress dancer as well as a singer who has a net worth of $2 million. Born on January 23, 1933 in Washington, DC, her mother's name was Katherine, who was a government clerk. She was born to Puerto Rican descent father and Scottish cum Italian descent mother. Her father died when she was just seven years old leading her mother to go to work at The Pentagon. She was admitted to Jones-Haywood School of Ballet in 1994 by her mother. She was chosen for audition in New York City by a teacher who was from George Balanchine's School of American Ballet.

During her early years in 1951, she was accompanying a friend who was taking part in the audition for the musical Broadway titled "Call Me Madam" when she seized the role herself surprisingly. Subsequently, she too landed roles in Guys and Dolls and Can-Can. He got married to dancer Tony Mordente on December 1, 1957. Her performance had got so much attention and was so considered so prominent for show's success that West Side Story, which was a London Broadway production, was postponed as she was pregnant during the original running schedule of the show. He got cast opposite Alfred Drake in 163 in the Broadway titled Zenda. Similarly, she too appeared in 1975 as Velma Kelly in the musical Chicago. In her later years, for her portrayal as the leading actress in Kiss of the Spider Woman, she was awarded with a Tony Award. She received a Kennedy Centers Honors award in 2002 making her the first Latino American of getting that honor. 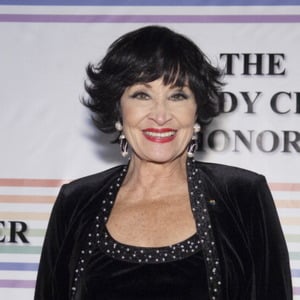