China Anne McClain net worth: China Anne McClain is an American actress and singer who has a net worth of $2 million dollars.  China Anne McClain is probably most famous for appearing in Disney Channel's A.N.T Farm. Her father Michael McClain is a music producer; her mother is a song writer and her elder sisters are actresses. McClain's road to stardom began when she caught the attention of a music executive and urged director Rob Hardy to audition her for the 2010 film The Gospel. McClain caught the eye another powerful figure but this time it was actor and producer Tyler Perry. Perry was so blown away by McClain's performance in the film, that he casted her for his television series Tyler Perry's House of Payne.

McClain was in another of Perry's production – this time it was the 2007 film, Daddy's Little Girl. McClain appeared alongside her sisters, Sierra and Lauryn. Since then, this little cutie featured in a host of films including, Anna Montana, Hurricane Season, and Grown-Ups. McClain has become the face of Disney, as she had the recurring role on Jonas L.A. She also used her musical talents on the Jonas L.A. soundtrack. In 2011, she was in one episode of Wizards of Waverly Place- but this is not the end of this multi-talented star.

In the same year of appearing in The Wizard of Waverly Place, McClain landed for first lead role (and the most memorable role to date) in the Disney Channel's A.N.T Farm. For this television series, the teenager did not limit herself to acting: she sang the theme song, Exceptional and also covered a version of Taio Cruz's hit Dynamite. McClain's music video for Dynamite was first aired on the Disney Channel and within a week the video received more than 1 million YouTube hits. McClain's version of Dynamite is featured on A.N.T Farm soundtrack, released on October 2011. 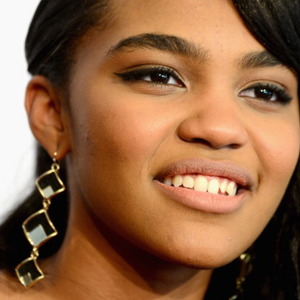