Chiaki Kuriyama net worth: Chiaki Kuriyama is a Japanese actress, singer, and model who has a net worth of $11 million. Chiaki Kuriyama was born in Tsuchiura, Ibaraki, Japan in October 1984. She is best known for starring in the films Battle Royal as Takako Chigusa in 2000 and Kill Bill: Volume 1 as Gogo Yubari in 2003.

Kuriyama has starred in several TV series including Ashita no Kita Yoshio, Naniwa no hana: Ogata koan jikencho, Atami no Sosakan, Rebound, Ataru, Experimental Detective Totori, The Glory of Team Batista, Arisu no toge, Flowers for Algernon, Heat, Displeased Fruit, and Copyface – the Me Who Was Erased. In 2004 Kuriyama was nominated for an Academy of Science Fiction, Fantasy & Horror Films Award for Cinescape Genre Face of the Future Award for Kill Bill: Vol. 1. She was also nominated for an MTV Movie Award for Best Fight for Kill Bill: Vol. 1. Kuriyama released the album Circus in 2011 which reached #19 in Japan. 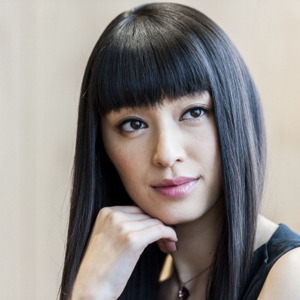