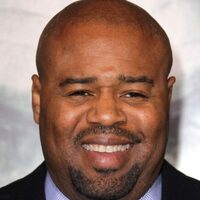 Chi McBride net worth: Chi McBride is an American actor who has a net worth of $10 million dollars. Born in Chicago, Illinois, Chi McBride graduated from high school at age 16, and began pursuing a career in music in Chicago. He subsequently relocated to Atlanta to work, and began his professional acting career in 1992. Throughout the 90s, he went back and forth between film and television work, appearing in such projects as "Revenge of the Nerds III: The Next Generation", "The Distinguished Gentleman", "What's Love Got to Do With It", "The Fresh Prince of Bel-Air", "Married… with Children", "The Frighteners", "Nash Bridges", and "Hoodlum". He also played a co-starring role on the hit comedy, "The John Laroquette Show" for four seasons. Since then, he has had starring or co-starring roles on multiple television series, including "Boston Public", "Killer Instinct", "The Nine", "Pushing Daisies", and "Human Target". He is currently co-starring on the series, "Golden Boy".