Cheyenne Jackson net worth: Cheyenne Jackson is an American actor and singer-songwriter who has a net worth of $5 million. Cheyenne Jackson was born in Spokane, Washington in July 1975. He has starred in several stage productions on and off Broadway including Altar Boyz, Damn Yankees, and The Heart of the Matter.

From 2009 to 2012 Jackson had a recurring role as Danny Baker on the television series 30 Rock. From 2015 t o2016 he starred as Will Drake in the TV series American Horror Story. He has also starred in the movies United 93, The Green, Price Check, Lola Versus, Six Dance Lessons in Six Weeks, and Love is Strange. Jackson has also appeared in episodes of the TV series Life on Mars, Ugly Betty, Law & Order, Glee, and Curb Your Enthusiasm. As a singer he released the studio album The Power of Two (with Michael Feinstein) in 2008 and the album reached the Top 20 on the US Heatseekers and US Jazz charts. He also released the albums I'm Blue, Skies in 2013 and Renaissance in 2016. In 2015 he was nominated for a Grammy Award for Best Musical Theater Album. 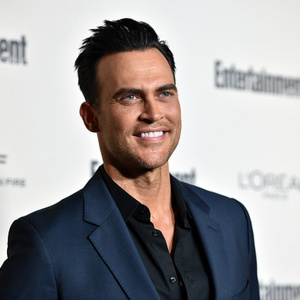