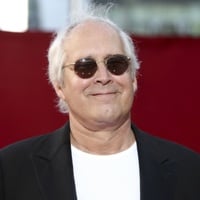 What is Chevy Chase's Net Worth?

Chevy Chase is an American writer, comedian, film and television actor who has a net worth of $50 million. Notable works of his include the "National Lampoon's Vacation" series of films, and his role as the character Pierce Hawthorne on the NBC comedy series "Community" (2009 – 2014).

Cornelius Crane Chase was bornin New York City, USA, on October 8, 1943. He is better known by the name Chevy Chase. He was born to Edward Tinsley "Ned" Chase and Cathalene Parker. His mother was a concert pianist and librettist, who was adopted as a child by her stepfather, Cornelius Vanderbilt Crane. Other notable members of his family include his paternal grandfather, Edward Leigh Chase, an artist and illustrator; his great-uncle Frank Swift Chase, a painter and teacher; and his maternal grandmother Cathalene, an opera singer.

His parents divorced when he was four years old. Subsequently, his mother remarried twice, and his father remarried into the Folgers coffee family. He graduated from the Stockbridge School in 1962, and continued his education at Haverford College for one semester. He then transferred to Bard College, where he graduated in 1967 with a Bachelor of Arts degree in English. Before achieving fame, Chase worked a series of jobs, including cab driver, truck driver, construction worker, waiter, fruit picker, audio engineer, wine salesman, and theater usher.

In 1967, Chase co-founded the underground comedy ensemble Channel One. During this period, he also worked on a serious of odd projects, including writing a one-page spoof of "Mission: Impossible" for Mad Magazine in 1970. By 1973, he had made comedy his full-time career, and became a writer and cast member of the syndicated radio series "The National Lampoon Radio Hour". In October 1975, he joined the NBC late-night comedy show "Saturday Night Live" (SNL) as one of the original cast members. On SNL, he was the original anchor for the "Weekend Update" segment, and wrote material for various skits. He became famous for his catchphrase, "I'm Chevy Chase, and you're not". In Rolling Stone Magazine's February 2015 review of all 141 SNL cast members that had appeared on the show up to then, Chase was ranked in tenth place in terms of overall importance, and they described him as possibly "the most under-rate SNL player". 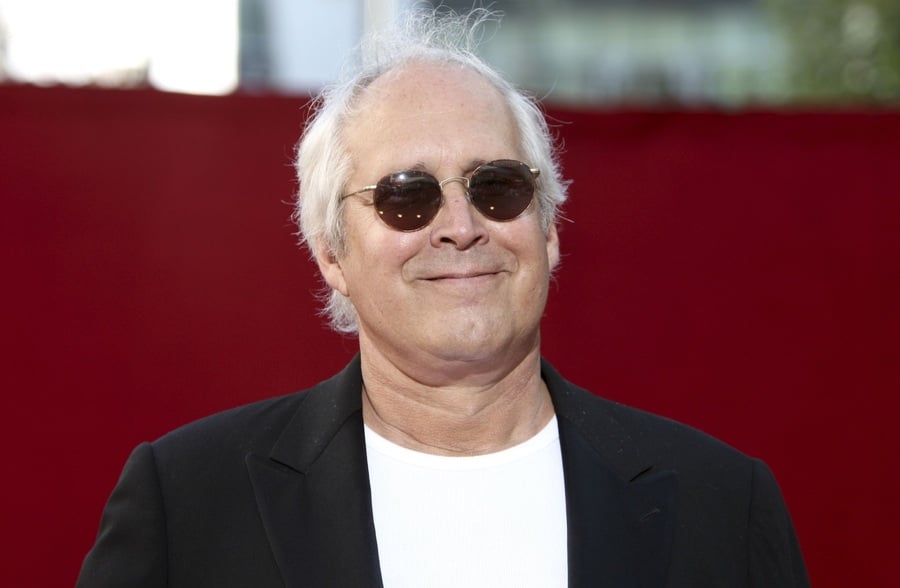 In the 1990s, Chase suffered from three consecutive film flops: "Nothing but Trouble" (1991), "Memoirs of an Invisible Man" (1992), "Cops & Robbersons" (1994). Together, these three films had a combined gross of only $34 million. Even his widely popular National Lampoon franchise stopped after the release of the "Vegas Vacation" installment in 1997. Since then, he has appeared in a few films, such as the 2006 comedy "Zoom".

In September 1993, he started hosting a weeknight talk show for Fox, called "The Chevy Chase Show". Despite high expectations, the show was a failure and cancelled after only five weeks. He then made various appearances on television, including on the shows "Law & Order", "Brothers & Sisters", "Chuck", and "Family Guy". He returned to NBC in 2009 when he joined the cast of the critically-acclaimed sitcom "Community", alongside co-stars Joel McHale, Alison Brie, Gillian Jacobs, Yvette Nicole Brown, Danny Pudi, and Donald Glover. He left the show in 2012, after starring in the first four seasons. Projects he has been involved in after leaving "Community" include an appearance in the comedy film "Hot Tub Time Machine" (2010), and the Netflix film "The Last Laugh" (2019).

Chase won Primetime Emmy Awards for Outstanding Writing in a Comedy – Variety or Music Series for "Saturday Night Live" in 1976, and "The Paul Simon Special" in 1978. In 1979 he was nominated for Golden Globe Awards for Best Actor in a Motion Picture – Comedy or Musical and Best Motion Picture Acting Debut – Male for Foul Play. Chase was awarded a star on the Hollywood Walk of Fame in 1993 at 7021 Hollywood Blvd. Additionally, in 1998, he received a Golden Palm Star on the Walk of Stars in Palm Springs, California. Other recognition he's received include being named Hasty Pudding's 1993 Man of the Year, and The Harvard Lampoon's Lifetime Achievement Award in 1996. 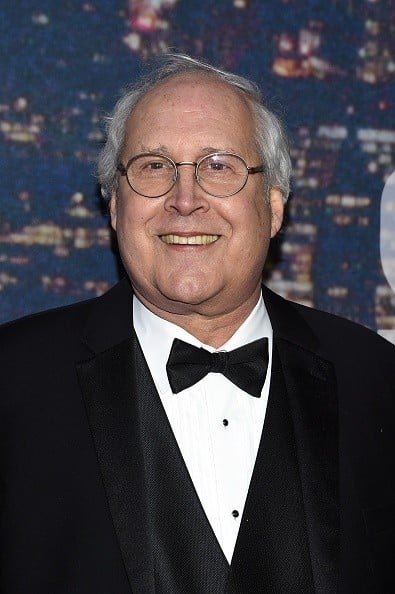 Chase was married to Susan Hewitt from February 1973 to February 1976. He was then married to Jacqueline Carlin from December 1976 to November 1980. He married his third wife, Jayni Luke, in June 1982. He was admitted to the Betty Ford Clinic in 1986 for a prescription painkiller addiction. In 2016, he received treatment at the Hazelden Clinic for alcoholism.

From 1990 to 2005 Chevy and Jayni lived in LA's Pacific Palisades neighborhood that sat on 5-acres. Located in a guarded, gated community, Chevy spent $1.2 million on improvements and renovations on the property. They listed it for sale in 1994 for $3 million, but did not find a buyer until 2005 when they sold for an undisclosed amount. Today the couple primarily live in upstate New York.