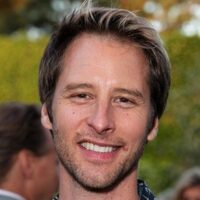 Chesney Hawkes Net Worth: Chesney Hawkes is an English musician and actor who has a net worth of $10 million. Born in 1971 in Windsor, Berkshire, England, Chesney Hawkes got his start in the entertainment industry when he was 19 years old. He starred in "Buddy's Song" and released his top single, "The One and Only", in the same year. The song topped the charts in the U.K., the only single of his career to do so. Hawkes' follow-up effort, 1993's "What's Wrong With This Picture" off the album "Get The Picture", climbed to number 63 on the U.K. charts. Hawkes' singles off the record "Another Fine Mess", 2002's "Stay Away Baby Jane" and 2005's "Another Fine Mess", charted at 74 and 48 in the U.K. He competed on 2005's "The Games" and "Hit Me Baby One More Time". Hawkes starred in the musical, "Can't Smile With You", based on the music of Barry Manilow, and appeared in a production of "Joseph and the Amazing Technicolor Dreamcoat". He appeared on "Text Santa" and "Celebrity Big Brother", and was scheduled to compete on "Dancing on Ice", but was forced to quit after an ankle injury. He is married to his wife, Kristina Hawkes. They have three children together, and he is an avid West Ham United fan.