What Is Cheryl Ladd's Net Worth?

Cheryl Ladd is an American actress, singer, and author who has a net worth of $12 million. Ladd is probably most famous for playing Kris Munroe on the popular ABC series "Charlie's Angels" (1977–1981). She replaced the departing Farrah Fawcett during the show's second season, and she continued to be a regular part of the cast until 1981 when the series was canceled. Cheryl has more than 90 acting credits to her name, including the films "Poison Ivy" (1992), "Permanent Midnight" (1998), and "Unforgettable" (2017) and the television series "One West Waikiki" (1994–1996) and "Las Vegas" (2003–2008).

Cheryl Ladd was born Cheryl Jean Stoppelmoor on July 12, 1951, in Huron, South Dakota. Cheryl grew up with mother Dolores (a waitress), father Marion (a railroad engineer), sister Mary Ann, and brother Seth. In high school, Ladd was on the cheerleading squad, and after graduation, she toured with the band The Music Shop before moving to Los Angeles. 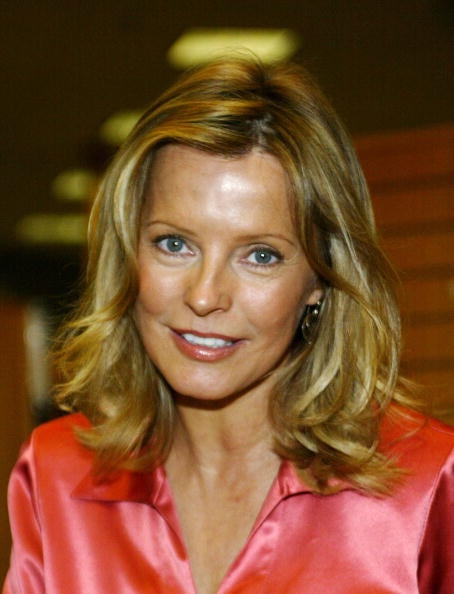 Cheryl married actor David Ladd on May 24, 1973, and they welcomed daughter Jordan (born January 14, 1975) before divorcing in 1980. Jordan followed in her parents' footsteps, and she has more than 50 acting credits to her name, such as "Never Been Kissed," "Cabin Fever," and "Death Proof." Jordan also had an uncredited role in the 1978 "Charlie's Angels" episode "Angel on My Mind" as the 3-year-old version of Cheryl's character. Ladd married music producer Brian Russell on January 3, 1981, and she is stepmother to Lindsay, Brian's daughter from his marriage to composer/actress Brenda Russell. Cheryl is a celebrity ambassador for Childhelp, a nonprofit organization dedicated to child abuse prevention, and she was honored with the Childhelp Woman of the World Award.