What is Cheryl Hines' Net Worth and Salary?

Cheryl Hines is an actress and director, best known for her roles on the comedy television series "Curb Your Enthusiasm" and "Suburgatory." Cheryl Hines has a net worth of $16 million. She has also appeared in movies such as "RV," "Waitress," "Life After Beth," and "Nine Lives." Hines stepped behind the camera in 2009 to make her feature film directorial debut with "Serious Moonlight."

Cheryl Hines was born on September 21, 1965 in Miami Beach, Florida to parents Rosemary and James. She was raised in Tallahassee, where she was a member of the Young Actors Theatre. Hines went to Lively Technical College and then to Tallahassee Community College.

Before getting her big break in Hollywood, Hines worked such jobs as waitress, telephone operator, and television reporter. She went on to begin her acting career doing improvisational comedy at the Groundlings Theater in Los Angeles. During this time, she also learned how to write comedy sketches.

In the 90s, Hines made guest appearances on a number of shows, including "Swamp Thing," "Unsolved Mysteries," "The Wayans Bros.," and "Suddenly Susan." She landed her breakthrough role at the start of the next decade, when she began playing Larry David's wife, Cheryl David, on the HBO comedy series "Curb Your Enthusiasm." For her work on the show in 2003 and 2006, Hines received Emmy Award nominations for Outstanding Supporting Actress in a Comedy Series. She went on to appear on myriad other shows throughout the 2000s, mostly in guest-starring roles.

Her credits include "So Little Time," "Everybody Loves Raymond," "Reno 911!," "Scrubs," "Jack's Big Music Show," and "Hannah Montana." Hines also lent her voice to the short-lived NBC adult animated sitcom "Father of the Pride," and had a main role on the short-lived ABC sitcom "In the Motherhood."

Hines began the 2010s with guest appearances on "Brothers & Sisters," "Love Bites," and the animated series "The Super Hero Squad Show." In 2011, she began her next main role on the ABC sitcom "Suburgatory," playing gregarious suburban neighbor Dallas Royce. The show, costarring Jeremy Sisto and Jane Levy, ran for three seasons through 2014. Hines' other credits during this time included the television movie "A Fairly Odd Christmas" and the sitcoms "The Crazy Ones" and "The Middle." From 2016 to 2017, she had a main role on the Fox sitcom "Son of Zorn." Hines also made guest appearances on such series as "Nobodies," "Pickle and Peanut," and "Fresh Off the Boat." Additionally, she has been a panelist on various reality competition and game shows, including "Funny You Should Ask," "I Can See Your Voice," and "The Masked Singer." 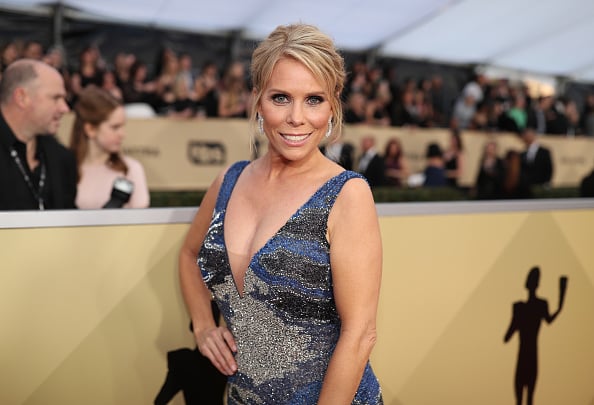 On the big screen, Hines made her debut in the 2004 romcom "Along Came Polly," starring Ben Stiller and Jennifer Aniston. The next year, she appeared in three films: the romcom "Cake," the sports comedy "Herbie: Fully Loaded," and the coming-of-age drama "Our Very Own." Hines continued to appear in multiple movies every year throughout the rest of the 2000s, most of them comedies. In 2006, she was in "Bickford Shmeckler's Cool Ideas," "Keeping Up with the Steins," and "RV," in which she starred opposite Robin Williams. Following this, Hines was in the acclaimed film "Waitress" and the improv ensemble film "The Grand." Subsequent credits included "Hollywood Residential," "Henry Poole is Here," "Bart Got a Room," "Labor Pains," and "The Ugly Truth." Hines also lent her voice to the animated kids' film "Space Chimps" and its sequel, "Space Chimps 2: Zartog Strikes Back."

Among Hines' other film credits are the zombie comedy "Life After Beth," starring Aubrey Plaza and Dane DeHaan; the romcom sequel "Think Like a Man 2"; the psychological thriller "The Benefactor," with Richard Gere and Dakota Fanning; and the holiday comedy "Christmas Eve." Hines was also in the kitty comedy "Nine Lives," the graphic novel adaptation "Wilson," and another holiday movie, "A Bad Moms Christmas," starring Mila Kunis, Kristen Bell, Kathryn Hahn, Christine Baranski, and Susan Sarandon.

In December of 2002, Hines wed Paul Young, the founder of the management firm Principato-Young. The couple had a daughter named Catherine, and divorced in 2010. Subsequently, Hines started dating environmental attorney and anti-vaxxer Robert F. Kennedy Jr. from the Kennedy family. The two got married in 2014.

After her nephew was born with cerebral palsy, Hines contacted and soon became involved with the charitable organization United Cerebral Palsy. She serves on the group's board of trustees, and helped win $25,000 for the organization on an episode of "Celebrity Family Feud."

In Los Angeles, Cheryl Hines owns a Cape Cod style home in Mandeville Canyon, in Los Angeles, California. Hines' home is 4,908 square feet, with 6 bedrooms, and 5.5 bathrooms. The entryway leads to a formal living room with oak hardwood floors, built in cabinetry, wood beamed ceilings, and stone fireplace. The formal dining room has built-in shelves, a wood ceiling, and a Dutch door that opens into the backyard. The galley style kitchen has tile floors with granite and butcher block counter tops. The master suite has a step up soaking tub surrounded by marble, twin vanities, two master closets, and a fireplace. The back yard area has a brick terrace with fire pit, and a swimming pool and spa. The rustic style guest house is located above the garage, fully equipped with small kitchen, living room, bedroom, and bathroom.