Cherry Jones net worth: Cherry Jones is an American actress who has a net worth of $4 million. She is best known for starring in several movies and TV shows including 24, Erin Brockovich, Signs, and more.

Cherry Jones was born in Paris, Tennessee in November 1956. She first appeared in the TV movie O'Malley in 1983. Jones starred as President Allison Taylor on the television series 24 from 2009 to 2010. In 2012 she starred as Dr. Judith Evans on the TV series Awake. Cherry Jones starred as Leslie Mackinaw on the series Transparent from 2015 to 2019. She has also had recurring roles on TV series including Defending Jacob, The Handmaid's Tale, Chimerica, American Crime, and more. Jones has appeared in several films including The Horse Whisperer, Cradle Will Rock, Erin Brockovich, The Perfect Storm, Divine Secrets of the Ya-Ya Sisterhood, Signs, The Village, Ocean's Twelve, Amelia, and more. She won Primetime Emmy Awards for 24, The Handmaid's Tale, and Succession. Cherry Jones was in a romantic relationship with Sarah Paulson. 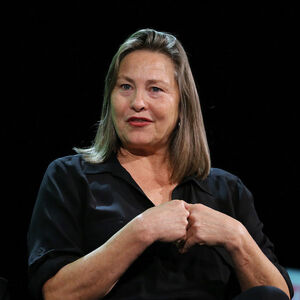