Chelsea Noble net worth: Chelsea Noble is an American actress who has a net worth of $10 million. She is probably best-known for starring as Kate MacDonald on the television series "Growing Pains", from 1989 to 1992. Chelsea has been married to her "Growing Pains" co-star Kirk Cameron since 1991. They have six children. Kirk and Chelsea are the co-founders of The Firefly Foundation which runs a summer camp for terminally ill children and their families.

Chelsea Noble was born in Cheektowaga, New York in December 1964. She met Kirk in 1988 when she was appearing on the show "Full House", which starred Kirk's sister Candace Cameron. Kirk was visiting Cameron on set. They married in 1991.

Chelsea appeared in a handful of shows throughout the late 80s and early 90s. Between 1989 and 1992 she appeared alongside Kirk in 14 episodes of "Growing Pains".

Noble and Cameron are notable for being born-again Christians. In addition to their Firefly Foundation, they both starred in the religious films "Left Behind: The Movie" , "Left Behind II: Tribulation Force", and "Left Behind III: World at War".

As a born-again Christian, Kirk famously refused to kiss his co-star on the Christian movie "Fireproof", so Chelsea served as the actress' stand-in "kissing double".

Real Estate: In 1998 Kirk and Chelsea paid $645,000 for a home in Agoura Hills, California. The 1-acre property is located within an exclusive gated community. Today comparable homes are worth $2-3 million. 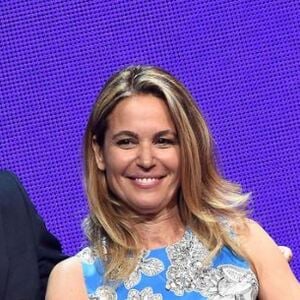