Charlyne Yi net worth: Charlyne Yi is an American actress, comedian, musician and writer who has net worth of $1 million dollars. Born in Los Angeles, California on January 4, 1986, Yi is best known for her screenwriting debut and feature film, Paper Heart. The film won the Waldo Salt Screenwriting Award at the 2009 Sundance Film Festival.

She can currently be seen on the hit television series, House. Yi has been active in the entertainment industry since 2006 and uses music and other artistic tactics to get her jokes across. She attended the University of California, Riverside and began performing in Fontana, California. She currently plays music in a band called Moses Campbell as well as a band called Keychain and Charlyne Yi and the Rangdang. She has done several Comedy Central collaborations with stars such as Demetri Martin and Fred Armisen. She currently runs her own non-profit called Caring is Cool, which started up in 2011. 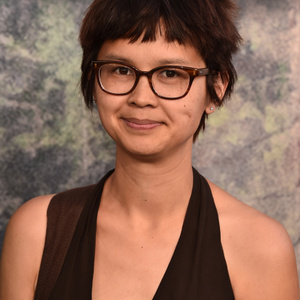