What was Charlton Heston's Net Worth?

Charlton Heston was an American actor who had a net worth of $40 million at the time of his death. Heston's career in Hollywood spanned six decades. Among his best-known films are "The Ten Commandments," "Touch of Evil," "Ben-Hur," "Planet of the Apes," and "Soylent Green." He won an Oscar for Best Actor for his performance in "Ben-Hur" in 1959. In 2002, Heston retired from both acting and the NRA after being diagnosed with Alzheimer's.

Charlton Heston was born as John Charles Carter on October 4, 1923 in Wilmette, Illinois to Lilla and Whitford. Due to his father's work as a sawmill operator, he moved with his family to St. Helen, Michigan when he was an infant. There, Heston grew up hunting and fishing in the backwoods. When he was 10, his parents divorced; after his mother remarried, he and his siblings Lilla and Alan moved with her back to Wilmette. Heston went to New Trier High School, where he participated in the drama program. He was also active in the Winnetka Community Theatre. For his higher education, Heston attended Northwestern University.

In 1944, Heston joined the United States Army Air Forces, and went on to serve for two years as an aerial gunner and radio operator. Following the end of the war, he moved with his family to New York City, and took up work as an artists' model. In 1948, Heston appeared in a Broadway revival of "Antony and Cleopatra," and the year after that, played Mark Antony in a film version of "Julius Caesar." He also appeared in many roles on the CBS anthology series "Studio One."

Film Career in the 50s

Heston made his Hollywood film debut in 1950 with the leading role in the film noir "Dark City." Two years later, he had his breakthrough in Cecil B. DeMille's Best Picture Oscar winner "The Greatest Show on Earth." The same year, Heston starred in "Ruby Gentry" and "The Savage." In 1953, he starred in four films: "The President's Lady," "Pony Express," "Arrowhead," and "Bad for Each Other." The year after, he starred in two adventure films for Paramount, "The Naked Jungle" and "Secret of the Incas." Heston was subsequently in "The Far Horizons," "The Private War of Major Benson," and "Lucy Gallant." He had his most iconic role yet in 1956, when he portrayed Moses in Cecil B. DeMille's Biblical epic "The Ten Commandments." Heston earned great praise for his performance, while the film itself went on to become one of the highest-grossing movies in history.

Following the massive success of "The Ten Commandments," Heston returned to the Western genre to star in "Three Violent People." He was next in Orson Welles' "Touch of Evil," William Wyler's "The Big Country," and Anthony Quinn's "The Buccaneer." Heston had another of his most iconic roles in 1959, when he starred as the titular prince-turned-slave in William Wyler's religious epic "Ben-Hur." A box-office smash, the film went on to win a record 11 Academy Awards, including Best Actor for Heston. Following this, he starred in "The Wreck of the Mary Deare." 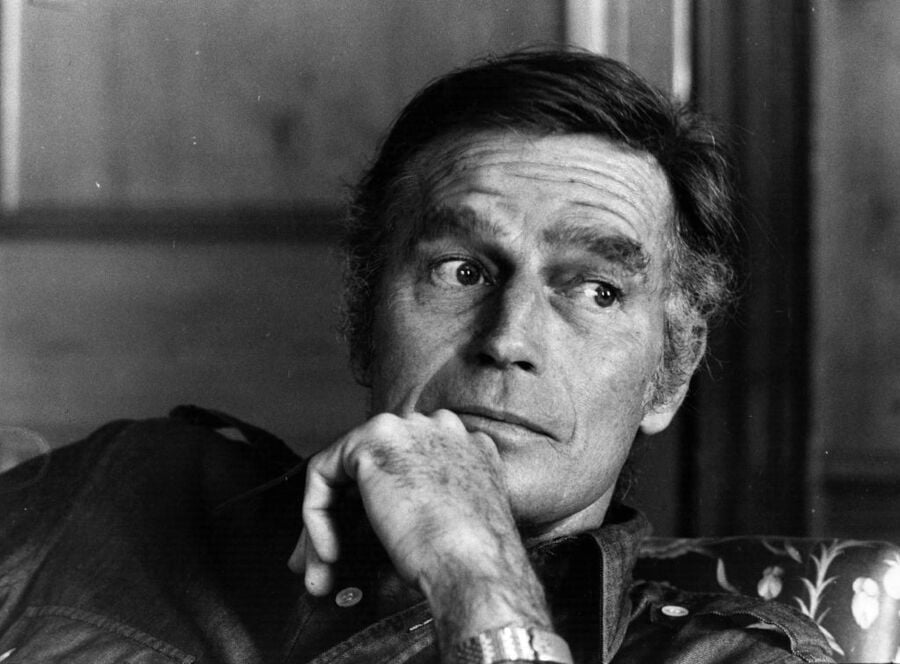 In the early 60s, Heston starred in "El Cid," "The Pigeon That Took Rome," "Diamond Head," and "55 Days at Peking." He followed these with a number of historical epics, such as "The Greatest Story Ever Told," "The Agony and the Ecstasy," "Major Dundee," "The War Lord," "Khartoum," and "Counterpoint." Heston had his next blockbuster film in 1968, when he starred in the science-fiction film "Planet of the Apes." He reprised his role the next year in "Beneath the Planet of the Apes." Around this time, Heston was also in "Number One," "The Hawaiians," and another adaptation of "Julius Caesar," in which he once again portrayed Mark Antony.

Heston became a major action star in the 70s. His notable credits included "The Omega Man"; "Skyjacked"; "The Call of the Wild"; "Soylent Green"; "The Three Musketeers"; "Airport 1975"; "Earthquake"; "Midway"; "Two-Minute Warning"; and "Gray Lady Down." He also made his directorial debut with "Antony and Cleopatra," in which he again reprised his role as Mark Antony. In the early 80s, he starred in "The Mountain Men," "The Awakening," and "Mother Lode," the lattermost of which he also directed. Heston's only other credit during the decade was "Call from Space," in which he voiced an alien. He was in more films in the 90s, including "Solar Crisis," "Almost an Angel," "Wayne's World 2," "Tombstone," "True Lies," "In the Mouth of Madness," "Hamlet," "Armageddon," and "Any Given Sunday." Heston had his final film performance in 2003, playing Nazi Josef Mengele in "Rua Alguem 5555: My Father." 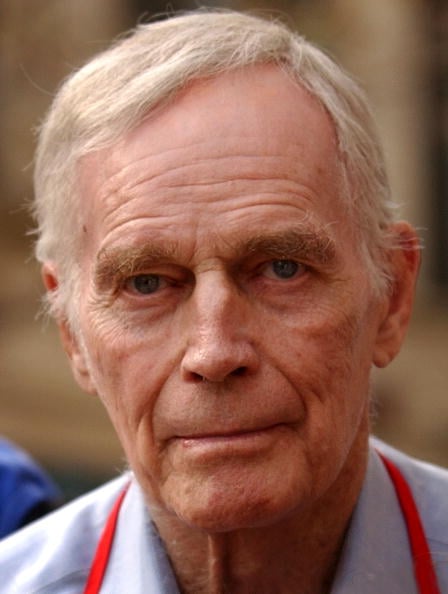 On the small screen, Heston's only main role on a regular series was on the primetime soap opera "The Colbys," which ran from 1985 to 1987. However, he also appeared in a number of episodes of other shows, and was in various television films such as "A Man for All Seasons," "Treasure Island," "The Little Kidnappers," and "The Crucifier of Blood." Among his other notable credits, Heston cohosted the Emmy-winning NBC special "The Mystery of the Sphinx" in 1993.

Early on in his career, Heston was a Democrat, and supported many liberal political causes, including the Civil Rights Act of 1964. However, around 1972, he started to become more conservative, and was a supporter of Richard Nixon. In the 80s, Heston officially became a Republican and advocated for Ronald Reagan. His backslide into rightwing ideology culminated with his involvement in the National Rifle Association. Heston went on to serve as the president of the NRA from 1998 until 2003. During this time, he also made a number of fear-mongering speeches promoting white supremacy.

Heston was diagnosed with prostate cancer in 1998. After receiving radiation treatment, he beat the disease. Later, in 2002, Heston announced that he had been diagnosed with Alzheimer's; shortly after, he resigned from acting and the NRA. In April of 2008, he passed away from complications of pneumonia at his home in Beverly Hills, California at the age of 84.

In the late 1950s, soon after filming of "Ben-Hur" was completed, Charlton began constructing what would become his primary home for the rest of his life. Known as "the house that Ben-Hur built," the 3-acre property is located high up in the hills of Beverly Hills. Charlton tapped renowned architect William S. Beckett for the home's construction and design.

In 2015, Charlton's heirs listed the home for the first time. They listed the property for $12.3 million and ultimately accepted $12.2 million in January 2016. The buyer was French writer/director/producer Luc Besson. Luc sold the home in January 2022 at a slight loss, accepting $11.2 million.

Here's a video tour of the home: