Charlotte Riley Net Worth: Charlotte Riley is an English actress who has a net worth of $8 million dollars. Riley was born in Grindon, Stockton-on-Tees, England in December 1981. She is best known for her roles in Easy Virtue and in Wuthering Heights. She graduated from St Cuthbert's Society, Durham University and performed with the Durham Revue in plays and musicals.

She also attended the London Academy of Music and Dramatic Art. Her first roles came in the TV series Grownups and Holby City in 2007. In 2009 she starred in the TV mini-series The Take as Maggie and in the TV movie Wuthering Heights as Cathy. She had a recurring role in the series DCI Banks from 2010 to 2011 and starred in the mini-series World Without End in 2012. Riley played the role of Alice in the 2012 mini-series The Town. In 2014 she starred as Nance in the film Edge of Tomorrow. She co-wrote the play Shaking Cecilia and won the Sunday Times' Playwriting Award in 2004. In 2013 she won two awards at the London Independent Film Festival and she has been nominated for a Saturn Award. Charlotte married fellow actor Tom Hardy in 2014 and together they have two children. 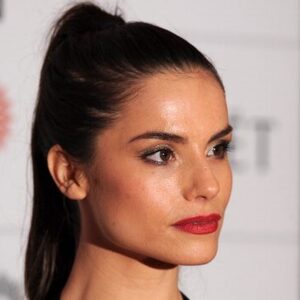