Charlotte Rae net worth and salary: Charlotte Rae was an American actress, comedian, singer, and dancer who had a net worth of $4 million at the time of her death in 2018. Charlotte Rae was born in Milwaukee, Wisconsin in April 1926. She was best known for her role as Edna Garrett in the TV series Diff'rent Strokes and The Facts of Life.

From 1961 to 1963 Rae starred as Sylvia Schnauser in the television series Car 54, Where Are You?. She starred in the TV series Sesame Street as Molly the Mail Lady from 1971 to 1972. Rae starred as Mrs. Bellotti in the series Hot L Baltimore in 1975. From 1978 to 1984 she starred as Edna Garrett in the television series Diff'rent Strokes and she starred in the same role on the TV series The Facts of Life from 1979 to 1986. From 1977 to 1998 Rae voiced the role of Nanny in the television series 101 Dalmatians: The Series. She starred in the movies Hello Down There, Jenny, Bananas, The Hot Rock, Rabbit Test, Hair, Nowhere, You Don't Mess With the Zohan, and Love Sick Love. Rae was been nominated for Primetime Emmy Awards in 1975 and 1982. She was diagnosed early with pancreatic cancer which runs in her family and was cancer free and in remission in 2015. She released her autobiography "The Facts of My Life" in November 2015. Charlotte Rae died on August 5, 2018 at the age of 92 at her home in Los Angeles. She was married once, to compose John Strauss, from 1951 to 1976. They had two children together. Strauss would eventually come out as bisexual. 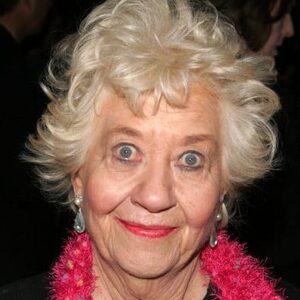