Charlotte Lewis net worth: Charlotte Lewis is an English actress who has a net worth of $1.5 million. She is best known for appearing on the TV mini-series Broken Badges.

Charlotte Lewis was born in Kensington, London, England, United Kingdom in August 1967. She made her acting debut in the 1986 film Pirates. Lewis has appeared in several movies including The Golden Child, Dial: Help, Tripwire, Stranger in the House, Healing Hurts, Storyville, Excessive Force, Men of War, Embrace of the Vampire, Decoy, The Glass Cage, Navajo Blues, Mutual Needs, Every Dog Has Its Day, Henry X, DJ Hound Dog, and Lost Angelas. From 1990 to 1991 she starred as Priscilla Mather on the TV mini-series Broken Badges. Charlotte Lewis has also appeared in episodes of the TV series Seinfeld, Renegade, Highlander: The Raven, and more. In 2010 she and her attorney Gloria Allred accused Roman Polanski of sexually assaulting Lewis when she was 16 years old while working on her first film. 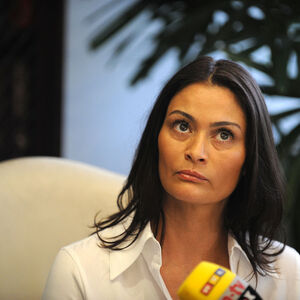