Charlotte Le Bon Net Worth: Charlotte Le Bon is a Canadian actress who has a net worth of $4 million. Le Bon was born in Montreal during September of 1986. Her parents, Brigitte Paquette and Richard Le Bon, were both actors. Charlotte began a modeling career at the age of 16.

When she was 19 she began traveling to model, spending brief periods in New York City and Tokyo. She settled in Paris in 2011 and is bilingual in both French and English. Citing a dislike for the field of modeling, Le Bon began a television career on a French news- and pop culture-based talk show Le Grand Journal. Her appearances on the program as "Miss Météo" led to offers for acting parts in films. Le Bon's first role was in the 2012 French comedy Asterix and Obelix: God Save Britannia. Le Bon's first English-language film was released in 2014, The Hundred-Foot Journey. She plays a chef-in-training at an upscale French restaurant, alongside Helen Mirren. Le Bon has also been cast in a 2015 role alongside Joseph Gordon-Levitt. The Walk will be a film directed by Robert Zemeckis based on Philippe Petit's 1974 tightrope walk. 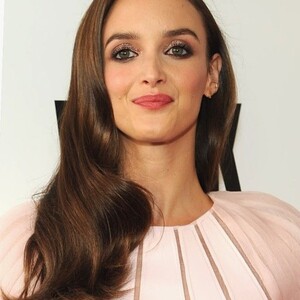