Charlie Schlatter net worth: Charlie Schlatter is an American actor who has a net worth of $1.5 million. He has appeared in a number of films and television series over the years and is probably best known for playing "Dr. Jesse Travis" over five seasons of the show Diagnosis: Murder and for staring in the film 18 Again!.

Since the early 1990s, Schlatter has primarily been a voice actor playing characters in Sonic the Hedgehog, Superman: The Animated Series, The Batman, Jimmy Two-Shoes, Ben 10, Loonatics Unleashed, A.T.O.M, Pet Alien, Bratz, G.I. Joe: Renegades, and Winx Club. He has also voiced several video games including Metal Gear Solid 3: Snake Eater, EverQuest II, Lego Batman 2: DC SuperHeroes, and The Wonderful 101. Schlatter was born in Englewood, New Jersey and grew up in nearby Fair Lawn. He got his start in acting as a teenager, and attended Ithiaca College where he earned a B.F.A in Musical Theater. At the start of his career, Schlatter was spotted by a casting director during a performance in 1988, and asked to audition for Michael J. Fox drama Bright Lights, Big City. This led to his first film appearance, as the younger brother of Fox's character. He starred in an Australian romance called The Delinquents soon after, and in 1990 was cast as Ferris Bueller for the NBC Sitcom spinoff of the movie. In 1992, he co-starred in Sunset Heat and in 1994 made an appearance in Police Academy: Mission to Moscow as "Cadet Kyle Connors" before landing the role of "Dr. Travis" on Diagnosis: Murder in 1996. He is currently married to Colleen Gunderson and the couple have three children. 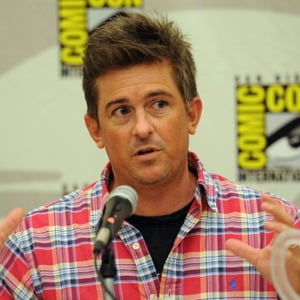