He starred in season seven of the reality TV series The Bachelor in 2005. He ended up choosing nurse Sarah Brice. They dated for a period but were officially broken up by 2010. As an actor O'Connell starred as Colin Mallory on the series Sliders from 1996 to 1999. He has starred in the movies Cruel Intentions, Dude, Where's My Car?, Devil's Prey, The New Guy, Kiss the Bride, Huff, Unlucky Charms, Mischief Night, and Sex, Marriage and Infidelity. He has also appeared in episodes of the TV series Without a Trace, Crossing Jordan, Femme Fatales, and more. Charlie married model/actress Anna Sophia Berglund in 2018. Anna was Playmate of the Month for Playboy in January 2011. 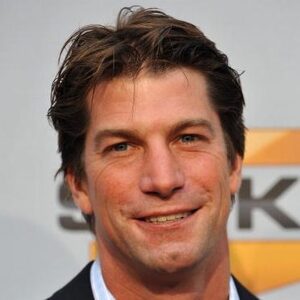