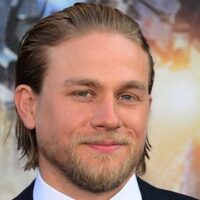 What is Charlie Hunnam's Net Worth?

Charlie Hunnam is an English actor and screenwriter who has a net worth of $20 million. Charlie Hunnam is yet another Brit who has managed to come across the bay, and win legions of fans, through a combination of great looks and an even greater American accent.  Born in Newcastle upon Tyne, Tyne and Wear, England, the British actor graduated from Cumbria College of Art and Design with a degree in Theory and History of Film.  He began his professional on-camera career appearing on the children's show, "Byker Grove".  Interestingly, he was invited to audition for the role after the show's production manager saw him goofing around while drunk in a shoe shop.  He broke through in 1999, when he was cast as Nathan Maloney on the groundbreaking series, "Queer as Folk".  Since then, he has gone back and forth between film and television work, appearing in such projects as "Young Americans", "Undeclared", "Abandon", "Nicholas Nickleby", "Cold Mountain", "Green Street", "Children of Men", "The Ledge", Deadfall", and "Pacific Rim".  In 2008, he began starring as Jackson "Jax" Teller on "Sons of Anarchy". In 2022 Charlie began starring on the Apple TV+ series "Shantaram."

Charlie Hunnam was born Charles Matthew Hunnam on April 10, 1980, in Newcastle upon Tyne, England. His mother, Jane, is a business owner and former ballet dancer, and his father, William (who passed away in 2013), sold scrap metal and left the family when Charlie was 2 years old. He grew up with an older brother, William, and 2 younger half-brothers, Oliver and Christian. Charlie moved to Melmerby, Cumbria, at the age of 12, when Jane remarried. During Hunnam's adolescence, he was diagnosed with dyslexia and began suffering from mysophobia (also known as germophobia), and he spent his time playing rugby and fighting with classmates. After he was expelled from Queen Elizabeth Grammar School for fighting, Charlie had to learn from home, and he decided that instead of attending university, he would study performing arts at the Cumbria College of Art and Design. He graduated with a film degree, hoping to someday write and direct his own films.

At the age of 17, Hunnam was discovered by a production manager for children's show "Byker Grove" while buying shoes at JD Sports. He appeared in 3 episodes of the show, then briefly tried modeling; he did 2 modeling jobs (for Wall's ice cream and Kangol caps), then told the agency that he no longer wanted to model. Since the modeling agency also represented actors, Charlie asked them to send him on auditions and ended up booking a role on Channel 4's "Queer as Folk" on his first audition. Hunnam played rebellious 15-year-old student Nathan Maloney on 10 episodes of "Queer as Folk," then appeared in his first film, 1999's "Whatever Happened to Harold Smith?" Charlie moved to the United States and booked a 3-episode stint on the WB's "Young Americans" (2000) before appearing in all 17 episodes of Fox's "Undeclared" (2001-2002), which was created by Judd Apatow and also starred Jay Baruchel, Seth Rogen, and Loudon Wainwright. In 2012, "Undeclared" came in at #16 on "Entertainment Weekly" magazine's "25 Best Cult TV Shows from the Past 25 Years" list.

Charlie made his U.S. film debut in 2002, starring opposite Katie Holmes in "Abandon," then he played the title role in "Nicholas Nickleby" and an albino Confederate in 2003's "Cold Mountain." He then returned to the United Kingdom to star in 2005's "Green Street," a role that would lead Kurt Sutter to cast Hunnam in "Sons of Anarchy." Charlie played motorcycle club member Jax Teller from 2008 to 2014; the show ran for 92 episodes over 7 seasons, and only Hunnam and Katey Sagal (who played Jax's mother) appeared in every episode. During its run, "Sons of Anarchy" received critical acclaim and earned 11 awards and more than 50 nominations. Charlie personally earned 2 Critics' Choice Television Award nominations, 3 EWwy Award nominations, a People's Choice Award nomination, and a Satellite Award nomination. 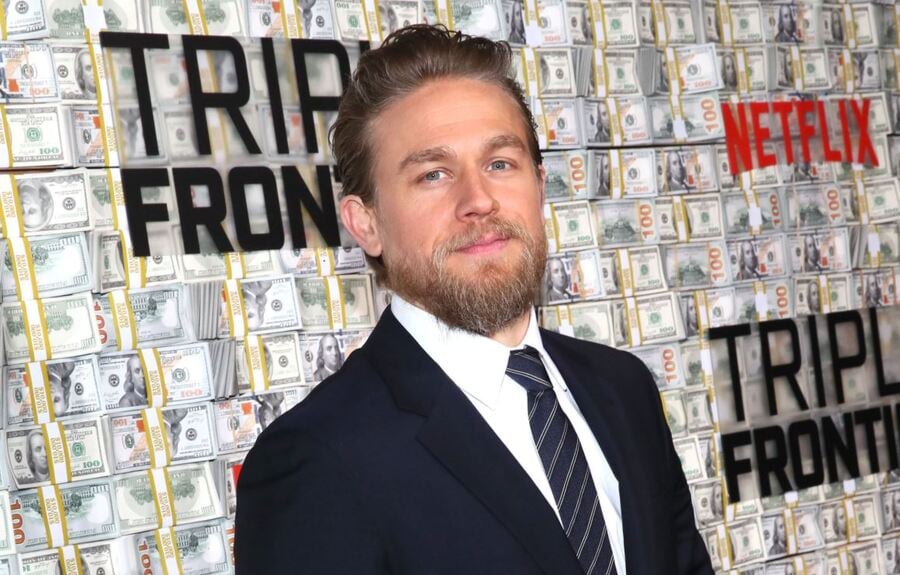 Hunnam has appeared in several movies, including "3,2,1… Frankie Go Boom" (2012), "Crimson Peak" (2015), and "The Lost City of Z" (2016). Charlie won the Huading Award for Best Global Emerging Actor for his role in "Pacific Rim" in 2013 and the CinemaCon Award for Male Star of the Year for "King Arthur: Legend of the Sword" in 2017. "Pacific Rim" was a box office hit, grossing $411 million worldwide, but "King Arthur: Legend of the Sword" was considered a flop since it cost $300 million to make (including marketing) and grossed just $148 million. In September 2013, it was announced that Hunnam would play the role of Christian Grey in "Fifty Shades of Grey," but he had to drop out due to scheduling conflicts with "Sons of Anarchy," and Jamie Dornan took over the role.

Charlie married actress Katharine Towne in 1999 after dating her for just 3 weeks; he met her when they were both auditioning for "Dawson's Creek," and they divorced in 2002. Hunnam began a relationship with artist Morgana McNelis in 2005, and in 2016, Charlie had to publicly ask his fans to leave McNelis alone after some of them began attacking her online.

Hunnam enjoys Brazilian jiu-jitsu and earned a blue belt in 2018, 2 years after he began training under former Pan American Champion Rigan Machado. His favorite places are California and the Northern England countryside, and he has said that he would love to live on a farm. Hunnam was beleaguered by health issues in 2019; while filming Apple+ series "Shantaram" in India, he suffered from 7 illnesses, including a lung infection, strep throat, a bacterial gut infection, and dengue fever (which he contracted after being bitten by a mosquito).

In 2016, Charlie paid $2.7 million for a renovated 4-bedroom home in the Hollywood Hills.