What is Charlie Heaton's Net Worth and Salary?

Charlie Heaton is an English actor and musician who has a net worth of $4 million. Charlie Heaton is best known for starring as Jonathan Byers on the Netflix science-fiction horror series "Stranger Things." Before landing that role, he appeared in episodes of the British series "DCI Banks," "Vera," and "Casualty." Heaton has also been in a number of films, including "As You Are," "Shut In," "The New Mutants," and "The Souvenir Part II."

Charlie Heaton was born on February 6, 1994 in Leeds, West Yorkshire, England. He was brought up by his mother on a council estate in the coastal town of Bridlington, East Riding of Yorkshire. When he was 16 years of age, Heaton moved to London; there, he became the drummer of the noise-rock group Comanechi. After touring with the band for more than a year, he joined the psychedelic group Half Loon.

In 2014, Heaton made his screen debut with a role in the short film "Life Needs Courage." The next year, he acted in the minor films "The Schoolboy," "Rise of the Footsoldier Part II," and "Urban & the Shed Crew." Additionally, he made appearances on a few British television series. On the ITV crime drama "DCI Banks," Heaton played the character of Gary McCready in two episodes. Additionally, he played the character of Riley in another ITV crime series, the detective drama "Vera." Finally, Heaton guest-starred on the BBC One medical drama series "Casualty," playing Jason Waycott for two episodes.

Heaton had his breakthrough role in 2016, when he began playing the main character of Jonathan Byers, a shy aspiring photographer, on the Netflix science-fiction horror series "Stranger Things." The show quickly became a massive hit, addicting audiences around the world and amassing a bounty of awards and nominations. Along with his cast mates Millie Bobby Brown, Cara Buono, Joe Keery, Gaten Matarazzo, Finn Wolfhard, Winona Ryder, Matthew Modine, Caleb McLaughlin, Joe Chrest, David Harbour, Natalia Dyer, Rob Morgan, John Paul Reynolds, Mark Steger, and Noah Schnapp, Heaton won the 2016 Screen Actors Guild Award for Outstanding Performance by an Ensemble in a Drama Series. Further nominations followed for him and the cast in 2017 and 2019. 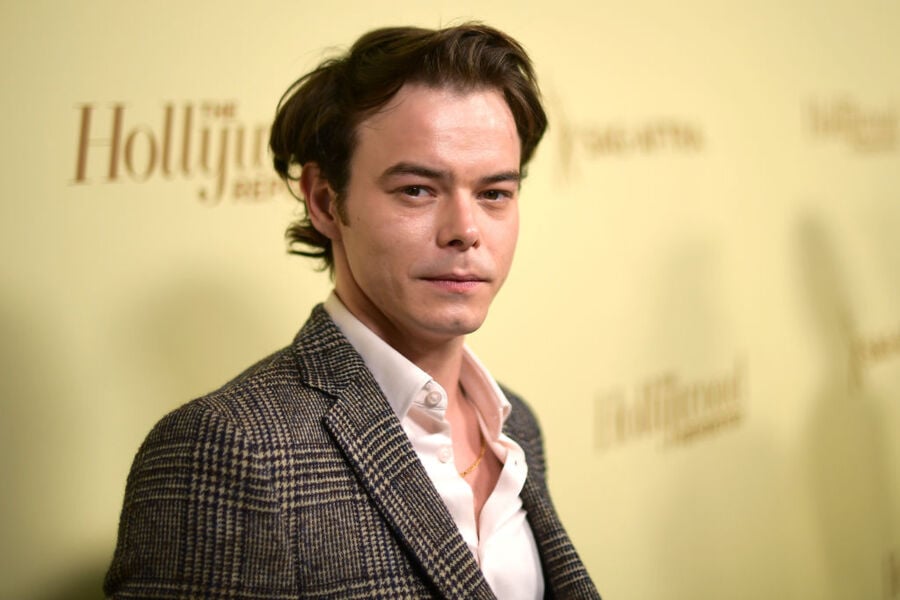 Beyond "Stranger Things," Heaton appeared in the fifth episode of the AMC science-fiction anthology series "Soulmates." He played Kurt Shepard, a bereaved young man who joins a cult that promises to unite individuals with their deceased soulmates. The episode also featured Charlotte Spencer, Malin Åkerman, Joe Anderson, and Steven Mackintosh.

Heaton had his first pair of major feature film roles in 2016. First, he starred alongside Owen Campbell and Amandla Stenberg in the coming-of-age drama "As You Are," which won the Special Jury Award at the Sundance Film Festival, where it premiered. Next, Heaton starred as the troubled son of Oliver Platt's and Naomi Watts's characters in the psychological thriller "Shut In." The film also featured Jacob Tremblay, David Cubitt, and Clémentine Poidatz.

In 2016, Heaton began dating actress Natalia Dyer, who plays his character's girlfriend on "Stranger Things." Before this, he was in a relationship with Japanese drummer and singer Akiko Matsuura, with whom he has a son named Archie.

A huge fan of football, Heaton is known to support the Premier League club Arsenal F.C.