How much is Charlie Cox Worth?

Charlie Cox net worth and salary: Charlie Cox is an English actor who has a net worth of $5 million. Charlie Cox was born in London, England, United Kingdom in December 1982. From 2011 to 2012 he starred as Owen Sleater on the television series Boardwalk Empire. Cox began starring as Matt Murdock / Daredevil on the TV series Daredevil in 2015. In 2017 he also played the same role on the TV mini-series The Defenders. Charlie Cox has starred in several films including dot the I, The Merchant of Venice, Things to Do Before You're 30, Casanova, The Maidens' Conspiracy, Stardust, Stone of Destiny, Glorious 39, There Be Dragons, Hello Carter, The Theory of Everything, King of Thieves, and more. He has also appeared in episodes of the TV series Judge John Deed, Lewis, Downton Abbey, Moby Dick, and more. Charlie Cox won a Screen Actors Guild Award for Outstanding Performance by an Ensemble in a Drama Series for Boardwalk Empire in 2012 and was nominated for the same award in 2013 and 2015. 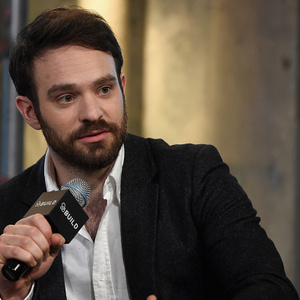