What was Charlie Chaplin's net worth?

Charlie Chaplin was an English actor, composer and filmmaker who rose to fame during the silent film era. At the time of his death, Charlie Chaplin had a net worth of at least $100 million. That's the same as around $400 million in today's dollars. He is considered one of the most important figures in the history of the film industry.

In 1927, a court froze Charlie's assets as part of his ongoing divorce from Lita Chaplin. At the time his estate was valued at $16 million. That's the same as $215 million in today's dollars. He was ultimately ordered to pay Lita $1 million.

In 1952 Charlie received a message while traveling from the US to his native England. The message was from US authorities and informed Chaplin that he could not return to the US unless he appeared before an immigration authority on charges that he was a communist sympathizer. Chaplin decided not to return to the US. It was a difficult decision not just because he was leaving what had been his home for several decades, but also because the vast majority of his assets were located in the United States, including $1 million worth of cash that was buried in his Beverly Hills backyard (roughly $9.5 million with inflation).

Charlie and his fourth wife Oona settled in Switzerland on a 37-acre estate. After a year of living abroad, Chaplin instructed his wife Oona to return to the United States on the pretense of caring for her sick mother, but really the purpose was to retrieve their fortune. According to legend, Oona converted the $1 million into thousand dollar bills which she then bundled and sewed into the lining of a mink coat that she wore on the return trip!

Years earlier, anticipating these exact immigration issues, Charlie made Oona a co-signer on all of their traditional bank accounts. This allowed her to legally extricate the vast majority of the couple's assets back to Switzerland. The exact value of Charlie's estate when he died was difficult to assess since it was held in Switzerland. However, when he died in 1977 it is known that he left at least $100 million to Oona. That's the same as $415 million after adjusting for inflation.

Charles Spencer Chaplin Jr. was born on April 16, 1889 somewhere in South London, though there is no official record of his birth. His mother was Hannah Chaplin and his father was Charles Chaplin Sr. They had married four years earlier and both worked as music hall entertainers. Though they never divorced, his parents became estranged in 1891 when Charlie was still a toddler.

Chaplin's childhood was quite challenging. His family was extremely poor and his mother suffered from a number of mental health issues. He primarily lived with his mother and half-brother, Sydney. His mom did not have any means of income and his father did not provide any financial support.

Chaplin and his brother were sent to work at a workhouse when he was only seven years old. In 1898, his mother was committed to Cane Hill mental asylum as she had developed psychosis brought on by an infection of syphilis and malnutrition. During this time, Charlie and Sydney were sent to live with their father, whom they barely knew. This was also a traumatic time, as Charles Sr. was an alcoholic. Child services was called on a number of occasions to check on the children's welfare. Charles died only two years later from liver disease.

Chaplin's mother remained ill throughout the rest of her life, though she was occasionally released from the care of the institution. Chaplin lived on his own for periods of time and began to perform on stage. He joined the Eight Lancashire Lads, a clog-dancing troupe, and began touring various English music halls to perform. He registered with an agency at the age of 14, having fully abandoned his education by this time.

Chaplin started securing theater roles from a young age. Early on in his career, he got a role in a production of "Sherlock Holmes," and his performance was very well-received. He toured with the play for two and a half years, concluding in 1906.

He then secured a contract with Fred Karno's comedy company thanks to his older brother Sydney, who was also pursuing a career in acting and encouraged Karno to give his brother a chance. Chaplin was able to tour the North American vaudeville circuit with the group and was highly praised for his vaudeville abilities.

While touring North America, Chaplin caught the attention of the New York Motion Picture Company, which invited him to come work in their films at Keystone Studios. Chaplin moved to Los Angeles in December of 1913 and began working soon thereafter. In early 1914, "Kid Auto Races at Venice" was released, marking the first time that audiences became familiar with Chaplin's character of "The Tramp."

Chaplin also started directing films, with his first being "Caught in the Rain," in which he also starred. From that point onward, he directed almost every short film that he appeared in at Keystone. He developed a large following of fans and when his contract came up for renewal, he asked for more money. 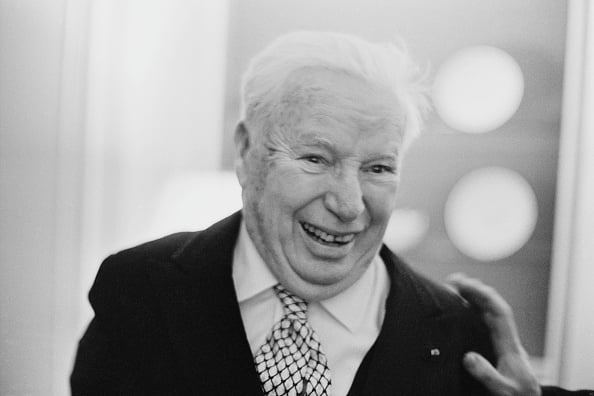 Because Keystone Studios had refused to pay him what he wanted, Chaplin accepted a competing offer from the Essaney Film Manufacturing Company in Chicago in December of 1914. It was with this company that Chaplin became a true cultural phenomenon of the early 20th century.

Charlie became one of the highest paid people in the world at the age of 26. Some of his most well-known films of this time include "Easy Street," "The Cure," "The Immigrant," and "The Adventurer."

As Chaplin got older and developed more creative control and the financial means to make the types of films he wanted, he started focusing more on story lines. "A Dog's Life" was released in 1918 and is considered by many to be a work of art. His first feature-length film was "The Kid" followed by other films like "The Circus" and "A Woman of Paris."

Chaplin remained very popular throughout the first half of the 1900s but as he became increasingly vocal about his political views, his popularity waned, especially with the release of "The Great Dictator" in 1940. He then moved back to Europe for a time but eventually had a resurgence in popularity in the U.S. later in his career.

Chaplin's life was not without scandal and controversy. Following his decline in popularity in the 1940s, he faced further problems when Joan Barry, an aspiring actress with whom Chaplin had been intermittently romantically involved with, claimed Chaplin was the father of her child. She filed a paternity suit against them. The FBI used this opportunity to generate more negative publicity around Chaplin, as the Hoover Administration had long been suspicious of Chaplin's political leanings. They indicted him of four separate charges relating to the paternity suit. All but one of them lacked sufficient evidence to proceed to court and he was acquitted of the one charge that did make it to trial.

Only weeks after the suit, Chaplin married his fourth wife, which was also scandalous because Chaplain was 54 and his young bride, Oona O'Neill, only 18. O'Neill was Chaplin's fourth wife but the two remained married until Chaplin's death and had eight children together. 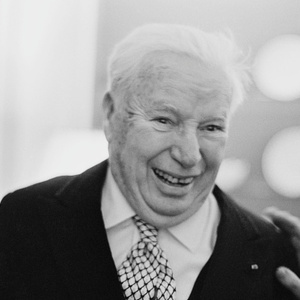