Charley Boorman Net Worth: Charley Boorman is an English presenter, travel writer and actor who has a net worth of $8 million dollars. Born August 23, 1966 in Wimbledon, London, United Kingdom, he is known for his affinity and enthusiasm for motorbikes as well as several documentaries of his travels. Boorman got his start in the film industry when he appeared in films directed by his father, John Boorman. His first appearance was in the movie Deliverance (1972) and he went on to play a young Mordred in Excalibur (1981) along with his older sister Katrine Boorman, who played Ygraine, Mordred's grandmother. In 1985, he played a lead role in The Emerald Forest and in 1987 he had a non-speaking part as a young German Luftwaffe pilot parachuting into a small village in Hope and Glory (another film in which his sister Katrine also appeared). In 2004, Boorman embarked on a journey with pal and fellow actor Ewan McGregor which took them from London to New York—a trip they documented and the adventure resulted in a television show called Long Way Round (an international motorbike trip from London to New York via Europe and Asia). The excursion was also later made into a book and DVD and is shown around the world. Boorman and McGregor teamed up again in Long Way Down (the second in the series of documentaries with his pal). The two journeyed from John o'Groats in Scotland to Cape Town, South Africa. 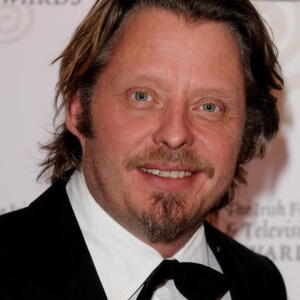