He was born on February 9, 1955 in London, United Kingdom. During his career as a soap opera star, he has won three Soap Opera Digest Awards (1985, 1986 and 1988) and was nominated for three others (1990, 1991 and 1992). He also won a Daytime Emmy Award in 2002 for Outstanding Performer in an Animated Program (Stanley – a Disney Playhouse production) and a Broadway World Boston Theater Award in 2011 for Best Lead Actor in a Musical (Large Theater).

Shaughnessy has been married to Susan Fallender since May 21, 1983 and they have two daughters: Jenny Johanna (born March 18, 1990 – now an assistant to head production at Nickelodeon) and Madelyn Sarah (born February 8, 1995). In 2007, Shaughnessy became the 5th Baron Shaughnessy in the Peerage of the United Kingdom, upon the death of his second cousin Michael James Shaughnessy, the 4th Baron Shaughnessy. 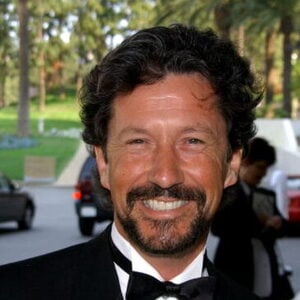