His first TV role came in The Brady bunch in 1971. In 1972 he made his film debut in the movie The Culpepper Cattle Co. He starred as Terry in the 1973 movie American Graffiti. In 1978 Smith played Ray Bob in the film The Buddy Holly Story. He starred in More American Graffiti and Herbie Goes Bananas. In 1987 he played Agent Oscar Wallace in The Untouchables. From 2005 to 2006 he starred on the TV series Da Vinci's City Hall. Smith is also known for his roles as Mark Shermin in 1984's Starman and as Farley Mowat in 1983's Never Cry Wolf. His directing debut came in the 1986 film Trick or Treat. Smith has also directed the films Boris and Natasha, Fifty/Fifty, Air Bud, The Snow Walker, Stone of Destiny, and Dolphin Tale. Smith wrote and directed the film The Snow Walker in 2003 which earned nine Genie Award nominations. 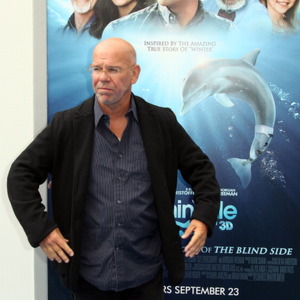