Charles Haid net worth: Charles Haid is an American actor and director who has a net worth of $2 million. Charles Haid was born in San Francisco, California in June 1943. He has more than 75 acting credits to his name and starred as Sgt. Paul Shonski on the television series Delvecchio from 1976 to 1977. One of Charles Haid's best known roles came starring as Officer Andrew Renko on the TV series Hill Street Blues from 1981 to 1987. He also had a recurring role as Captain Cathel Finney on the series Third Watch from 2003 to 2005. Haid also starred in several films including Altered States and provided voice work for the movie Home on the Range. He has also directed multiple episodes of the TV series Doogie Howser, M.D., NYPD Blue, Third Watch, Nip/Tuck, ER, and Criminal Minds. Haid won a Directors Guild of America in 1995 for Outstanding Directorial Achievement in Dramatic Series for ER. He has been nominated for two Primetime Emmy Awards for acting and two more for directing. Charles has been married three times including to actress Penelope Windust. Charles Haid is a cousin of TV host/real estate mogul Merv Griffin. 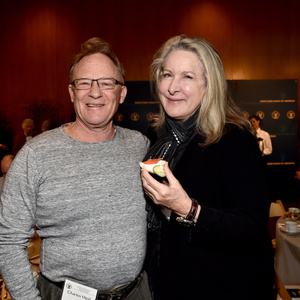