What is Charles S. Dutton's Net Worth?

Charles S. Dutton is an American actor who has a net worth of $4 million. Dutton spent most of his early years in prison, however during his incarceration he discovered the acting world and become enamored with arts. He then became known for his television roles in the early 90s, most notably in the show "Roc." This show helped him earn a Golden Globe nomination, and a number of other awards and accolades would soon follow.

Charles also became a well-known film actor, appearing in a number of notable blockbusters over the years. Most of these films were released in the 90s, such as "Alien 3," "Rudy," "Menace II Society," "A Time to Kill," and "Cookie's Fortune." However, Dutton continued to appear in a number of films following the 90s, such as 2003's "Gothika." He eventually won three Primetime Emmy Awards and three NAACP Image Awards.

Charles Stanley Dutton was born on January 30th of 1951 in Baltimore, Maryland. Initially, he was raised by his mother and his father, the latter of whom was a truck driver. However, Charles' parents divorced when he was four, and he spent most of his childhood growing up in a public housing project within Baltimore. Dutton then dropped out of school before finishing middle school. During this time, he became an amateur boxer.

In 1967, Charles S. Dutton pleaded guilty to manslaughter at the age of 16. He had allegedly killed a man, although Dutton claimed at the time that this individual had attacked him with a knife. As a result, he was sentenced to five years in prison at a correctional facility in Maryland. Due to his age, he received parole after just under a year and was released. Unfortunately, he was then quickly arrested on handgun and robbery charges. Because he had violated his probation, he was sent back to the penitentiary for three more years on robbery and handgun charges.

Things quickly became worse for Dutton. After a fight with a prison guard, he was given an additional eight years behind bars. Charles later famously stated: "I got three years for killing a black man and eight for punching a white man." Dutton continuously fought for his life during his time in prison, at one point almost dying from a stab wound inflicted by another prisoner. During this period, he also became interested in politics, especially the Black Panther Party.

Charles' fascination with acting began during his time in prison. During his second prison term, Dutton refused to clean toilets and was sentenced to six days of solitary confinement. He was allowed to take one book with him, and he grabbed the first book he could find without looking at the cover. Coincidentally, the book was an anthology of plays written by black playwrights. Immediately, Charles fell in love with acting and began his own drama group along with other inmates after being released from solitary confinement. The guards allowed him to do this on the condition that he obtain his GED, which he did. He later completed a two-year college program while in prison.

By 1976, Dutton had been released on parole once again. This time, he headed straight for University instead of falling back into a life of crime. He enrolled as a drama major at Towson State University and graduated two years later with a Bachelor of Arts degree in 1978. He then transferred to Yale School of Drama, eventually earning his master's degree in acting by 1983. 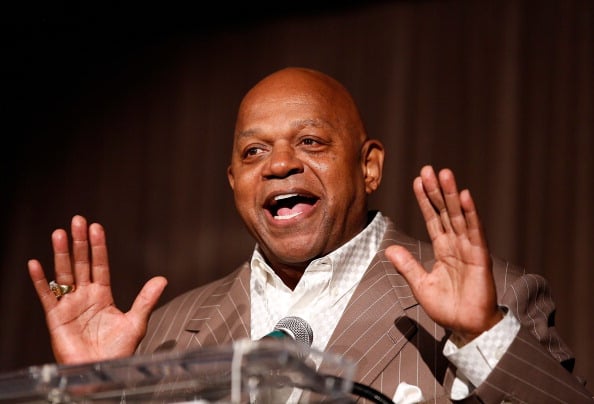 After leaving university, Dutton began his acting career in the world of theatre. His Broadway debut came with "Ma Rainey's Black Bottom." This performance earned Charles a Theatre World Award and a Tony Award nomination for Best Actor. By 1988, he had transitioned towards film work, playing the character Leroy Brown in "Crocodile Dundee II." He also booked an early television role in the miniseries "The Murder of Mary Phagan," joining established actors such as Jack Lemmon and Kevin Spacey. However, Dutton continued to be closely involved with theatre work, appearing in "The Piano Lesson" and earning another Tony Award nomination for Best Actor.

Charles then booked a central role in David Fincher's "Alien 3." The 1992 film was plagued with issues during its production, and at certain points, actors had to shoot without a script. Fincher was only given the chance to direct after several other directors failed to impress 20th Century Fox. Generating almost $160 million at the box office on a budget of about $50 million, "Alien 3" was a moderate commercial success and the highest-grossing "Alien" film at the time. It was not looked upon kindly by critics, however, who felt it wasn't as good as the previous two "Alien" installments. Fincher eventually disavowed the film entirely.

With all that said, "Alien 3" proved to be a valuable stepping stone for Dutton, who went on to book several roles throughout the 90s, including "Get on the Bus," "A Time to Kill," "Cookie's Fortune," "Cry," "The Beloved Country," "Surviving the Game," Menace II Society," and "A Low Down Dirty Shame." During the 90s, Charles also earned widespread acclaim for his role in the show "Roc."

During the 2000s, Sutton turned his attention towards television work, earning Emmy Awards for his roles in shows like "The Practice" and "Without a Trace." He also appeared in shows like "Oz." In the year 2000, Dutton directed the HBO miniseries "The Corner." In 2013, he played Detective Margolis in the horror film "The Monkey's Paw." 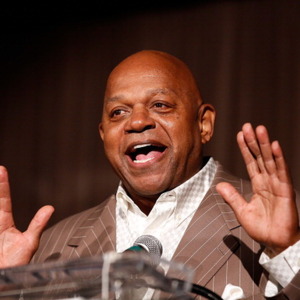