What is Charles Dance's Net Worth and Salary?

In early 2021, it was announced that he had been cast as Roderick Burgess in the Netflix adaptation of the Neil Gaiman comic book series "The Sandman." Dance wrote, directed, and produced the 2004 film "Ladies in Lavender," and he has appeared in numerous stage productions, such as "Henry V" (1975), "Hamlet" (1976), and "Three Sisters" (1998). In 2006, Charles was appointed an Officer of the Order of the British Empire.

Charles Dance was born Walter Charles Dance on October 10, 1946, in Redditch, Worcestershire, England. His father, Walter, was an electrical engineer and had served as a sergeant in South Africa during the Second Boer War. After Walter passed away in 1949, Dance grew up in Plymouth, Devon, with mother Eleanor, stepfather Harold Burfield, and five siblings. In 2017, Charles appeared on the U.K. television series "Who Do You Think You Are?" and discovered that his father had been in his seventies at the time of his death, not his early fifties like Dance had believed, and that Walter's first marriage had produced two daughters, Norah and Mary, who both passed away before Charles found out about them. Norah died in her mid-nineties in 1993, and Mary died at age five in 1908 after a tragic accident. Dance attended Widey Technical School for Boys, Plymouth College of Art, and the Leicester College of Arts, and he studied photography and graphic design.

Dance joined the Royal Shakespeare Company in the mid-1970s and appeared in several of their London and Stratford-upon-Avon productions. In 1989, he played the lead in a Royal Shakespeare Company production of "Coriolanus," and he won a Critics' Circle Best Actor award for his performance in a 2007 revival of William Nicholson's "Shadowlands." In 1974, Charles made his television debut, guest-starring on "The Inheritors" and "Father Brown," and he first graced the big screen in the 1981 James Bond film "For Your Eyes Only." He played Guy Perron in the 1984 miniseries "The Jewel in the Crown," then appeared in the films "Plenty" (1985), "The Golden Child" (1986), and "Hidden City" (1987). Dance landed the title role in the 1990 miniseries "The Phantom of the Opera" and portrayed the author of the "James Bond" novels in 1989's "Goldeneye: The Secret Life of Ian Fleming." He starred as Jonathan Clemens in 1992's "Alien 3," which grossed $159.8 million at the box office, followed by "Last Action Hero" and "Century" in 1993, "China Moon" and "Kabloonak" in 1994, and "Michael Collins" in 1996. In 2001, Charles appeared in the film "Gosford Park," which earned its ensemble several awards and received an Academy Award nomination for Best Picture.

Dance appeared in the films "Ali G Indahouse" (2002) and "Swimming Pool" (2003), and he narrated the 2004 documentary "When Hitler Invaded Britain." In 2005, he starred as Mr. Tulkinghorn in the critically-acclaimed miniseries "Bleak House," and in 2009, he played Dr. Edmund Maltravers on the ITV2 series "Trinity." From 2011 to 2015, Charles portrayed Tywin Lannister on "Game of Thrones," appearing in 27 episodes, and around this time, he appeared in the films "Your Highness" (2011), "Underworld: Awakening" (2012), "Patrick" (2013), "Victor Frankenstein" (2015), and "Child 44" (2015). In 2016, he reunited with his "Game of Thrones" co-star Emilia Clarke in "Me Before You" and appeared in "Pride and Prejudice and Zombies," "Ghostbusters," and "Underworld: Blood Wars." In 2019, Dance starred as Martin Benson on "The Widow," began playing Lord Mountbatten on "The Crown," and appeared in the film "Godzilla: King of the Monsters," a massive hit with a worldwide gross of $386.6 million. Charles then narrated the historical docudrama "Rise of Empires: Ottoman" (2020), portrayed William Randolph Hearst in the Netflix film "Mank" (2020), and filmed the 2021 survival drama "Against the Ice," which reunited him with his "Game of Thrones" son Nikolaj Coster-Waldau.

Charles was married to Joanna Haythorn from 1970 to 2004, and they welcomed son Oliver in 1974 and daughter Rebecca in 1980. Dance became engaged to Eleanor Boorman in 2010, and they had daughter Rose in 2012 and split up a few months later. 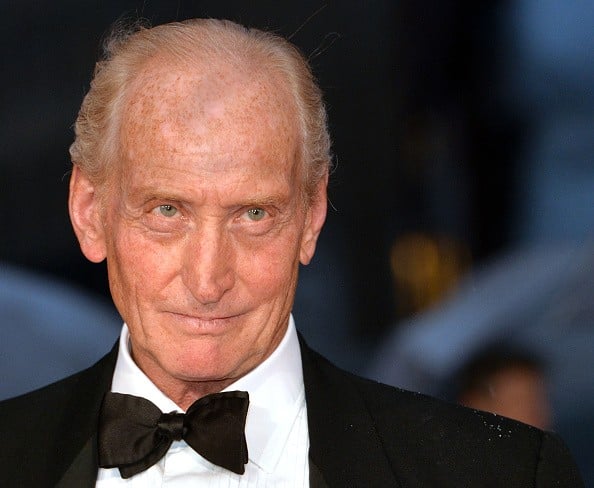 Dance has been nominated for three Primetime Emmys: Lead Actor in a Miniseries or a Movie for "Bleak House" in 2006 and Outstanding Narrator for "Savage Kingdom" in 2018 and 2019. He won a Broadcasting Press Guild Award for Best Actor for "Bleak House," and he was named Best Actor for "Kabloonak" at the 1994 Paris Film Festival. Charles received the Special Golden Camera 300 award at the 2006 Manaki Brothers Film Festival, and he was honored with the Time-Machine Honorary Award at the 2013 Sitges – Catalonian International Film Festival. At the Palm Springs International Film Festival, he received a Lifetime Achievement Award in 2005, and Dance and his "The Imitation Game" co-stars won the Ensemble Cast Award in 2015. 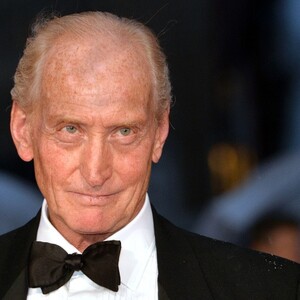