What was Charles Bronson's Net Worth and Salary?

Charles Bronson was an American actor who had a net worth of $65 million at the time of his death. Charles Bronson's career spanned from the 1950s until the 1990s. He often portrayed tough film and television characters like gunfighters and vigilantes. At one point at the peak of his career in the early 1970s, Charles was the highest-paid actor in the world.

In 1960 he landed a role in what would become his breakout film, "The Magnificent Seven", which co-starred Steve McQueen. From there, Bronson would continue to be a familiar face in other ensemble action/adventure movies like "The Great Escape". He finally broke out as a solo star in "Death Wish", which led to his being a real star with smaller studios, starring in sequels to his signature movie and other action movies unrelated to Death Wish. He remains a cult favorite among movie fans today. Charles Bronson died on August 30, 2003 at the age of 81. He was married three times and was survived by four children.

Bronson was born on November 3, 1921 in Ehrenfeld, Pennsylvania. He was given the name Charles Dennis Buchinsky, which he later changed to Bronson when he began his acting career. He is the son of Mary and Valteris Bucinskis. His father changed his name to Walter Buchinsky some time after moving to the United States from Lithuania. His mother's parents were also from Lithuania and Bronson did not grow up speaking English, as he grew up in a coal mining town with a large foreign population. He is the eleventh in a Roman Catholic family of fifteen children.

Bronson's father died when he was ten years old, at which point Bronson began working in the coal mines. The family grew up very poor and suffered during the Great Depression. Bronson was the first member of his family to graduate from high school and then enlisted in the United States Army Air Forces in 1943 during World War II. He served in Guam as an aerial gunner and conducted combat missions against the Japanese home islands. He flew 25 missions and received a Purple Heart for wounds received in battle.

After World War II ended, Bronson worked a number of odd jobs before joining a theatrical group in Philadelphia. He then moved to New York City to pursue theater before moving to Hollywood in 1950. All of his early roles are either uncredited or credited as Charles Buchinsky. In 1954, he changed his surname to Bronson after an agent suggested the idea. His first credit under his new name was in the film, "Vera Cruz," in 1954. Throughout the latter half of the 1950s, he appeared in the films, "Target Zero," "Big House, U.S.A.," and "Jubal." He also booked a number of roles in series like, "U.S. Marshal," "Colt .45," and "Tales of Wells Fargo."

In 1958, he scored the lead role in the detective series, "Man with a Camera," and then began booking more and more lead roles in film and television. He landed one of the roles in, "The Magnificent Seven," and in an episode of "General Electric Theater," for which he was nominated for an Emmy Award. In 1963, he was cast in, "The Great Escape," which became a huge hit. He then booked roles in "4 for Texas" and "Guns of Diablo." He starred alongside Richard Burton and Elizabeth Taylor in the 1966 film, "The Sandpiper," and also appeared as leading role in, "This Property is Condemned." 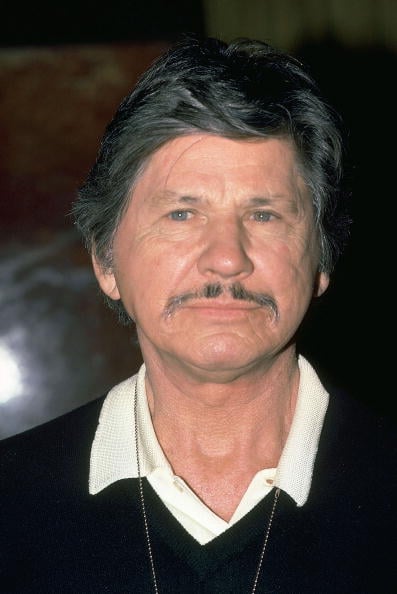 In 1967, he booked one of the leading roles in, "The Dirty Dozen," which became a huge box office success. However, he remained unsatisfied with his roles, which generally were billed third or fourth and he wanted to become a true leading man. This desire propelled him to move to Europe, where he enjoyed great success throughout the late 1960s and early 1970s. Some of his most successful films there include, "Once Upon a Time in the West," by director Sergio Leone, "Guns for San Sebastian," and "Rider on the Rain," which won a Golden Globe for Best Foreign Language Film.

Bronson's returned to the United States after a successful few years and Europe and finally began booking major roles. His most famous role was in the film, "Death Wish," which he booked at age 52. He then appeared in such films as, "Breakout," "Breakheart Pass," and "Hard Times." By the late 1970s, he was one of the most sought after actors in Hollywood.

Through the 1980s, he began to star in films made by smaller production companies. He appeared in "Death Wish II", "10 to Midnight," "The Evil That Men Do," "Murphy's Law," "Assassination," and "Messenger of Death," among others. His final film and television appearances came in the 1990s when he appeared in the "Family of Cops" trilogy of television movies from 1995 to 1999.

Bronson was described as shy and introverted, as well as suspicious of others who had not given him a chance early in his career. He did not enjoy speaking with the media and was described as some as willing to hold a grudge against critics and directors who did not pay attention to him until he was at the height of his fame. He was also unable to watch his own films and did not elaborate on his acting style or the reasons why he became an actor. However, his tough guy persona and ability to bring authentic strength to his roles earned him many fans in Hollywood. He received a star on the Hollywood Walk of Fame in 1980.

When Bronson was 26, he met fellow actor, Harriet Tendler in an acting class in Philadelphia when she was 18. The two married in 1949 and had two children together, later divorcing in 1965. In 1968, he remarried to English actress Jill Ireland. They two had met a few years earlier in 1962 when both of them were married to other people. After marrying, they lived together in a Bel Air mansion with seven children – two from Bronson's previous marriage, three from Ireland's, and two of their own. The couple often worked with each other, starring in fifteen films together. They remained married until Ireland's death to breast cancer in 1990. Bronson married his third wife, Kim Weeks, in 1998. In the final years of his life, Bronson's health began deteriorating after he had a hip replacement surgery. He died at age 81 in August of 2003 in Los Angeles. 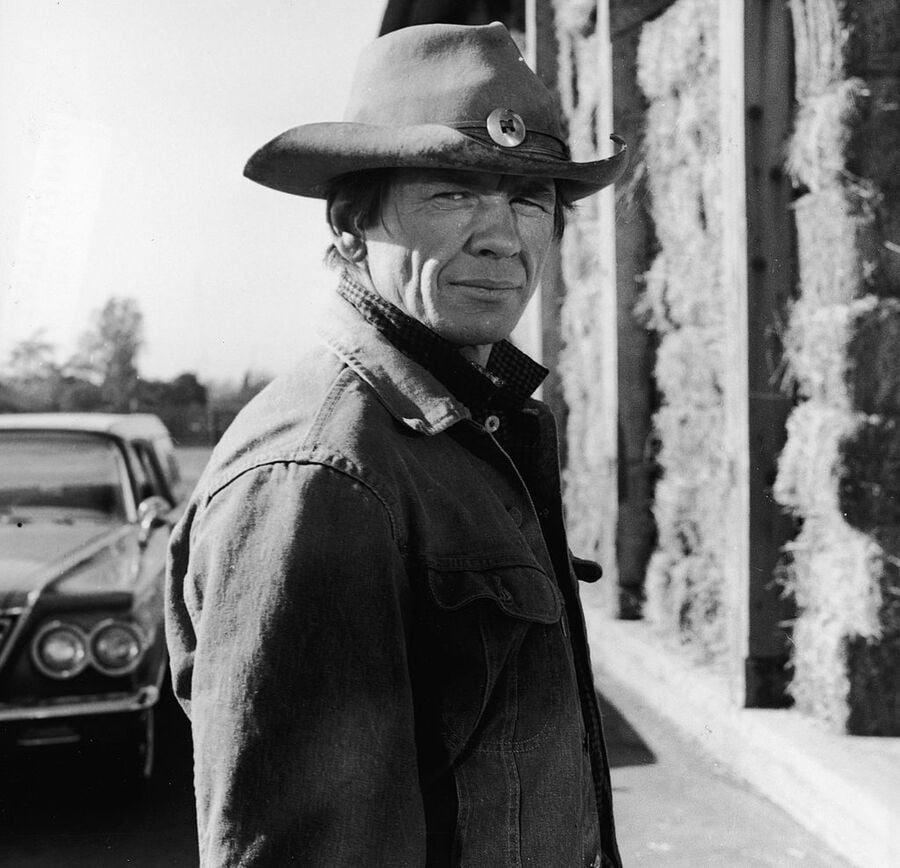 At the peak of his career, Charles Bronson was the highest-paid actor on the planet. He earned $1 million for each of "The Stone Killer", "Chino", "Death Wish" and "St. Ives". He earned $1.5 million for "Death Wish II". He earned $2 million for "10 To Midnight" in 1982 which is the same as $5 million in today's dollars. In addition to salary, Bronson wisely negotiated large gross points on some of his movies. As part of his 1975 deal with Warner Brothers, Bronson would receive 10-15% of gross receipts from movie ticket sales AND film rentals. Negotiating for a cut of film rentals in the 1970s was particularly forward-thinking. When he struck the deal, film rentals were basically non-existent. Throughout the 80s the VHS rental market exploded. In 2011, the Bronson estate sued Warner Brothers accusing the studio of improper accounting related to his 1975 revenue-share deal.

According to his will, Charles Bronson was worth $45 million when he died in 2003. That's the same as around $65 million today. His surviving wife was given $1.6 million plus an $8 million Malibu mansion. Other assets that went to his children included a $5 million Vermont beach house and a $5 million Bel Air mansion (that was sold by an unrelated party in 2014 for $20 million).

In 1999 a complete stranger to Bronson named Audrey Knauer infuriated her family when she left her $300,000 estate to Charles Bronson, a man she had never met. Knauer's family challenged the will in court but ultimately were unsuccessful. Bronson donated the money to the woman's favorite charity, the Louisville public library. 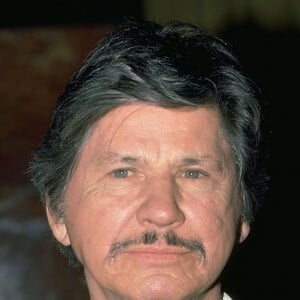